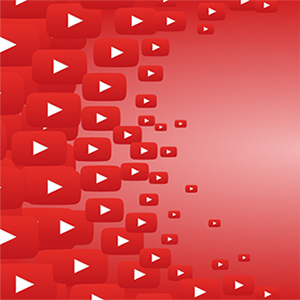 Professor Robert Kelly does an interview with BBC News on a serious topic. All is going well until his little toddler interrupts, blissfully unaware.

This isn’t the only time we see Ed Sheeran on the list, and last year James Corden’s Adele Carpool Karaoke topped the list. It comes as no surprise that the collaboration of the two turned out to be such a hit.

America’s Got Talent is always good for a viral video. This moment was especially noteworthy as the rare golden buzzer was pressed by the judges’ panel, sending Darci Lynne through to the round of live shows.

All of you folks who like to bust a move will love this one. Kyle Hanagami put together 2017’s most memorable choreography video, featuring, that’s right, Ed Sheeran.

Lady Gaga put together one of the more impressive Super Bowl halftime performances, full of special effects and fantastic music. That might be why it was watched more than 3.8 million times the very next day.