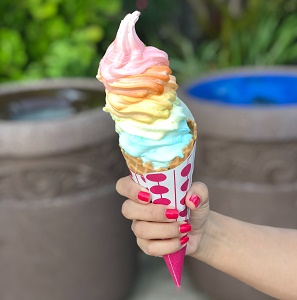 July is National Ice Cream Month, which is fitting since it’s one of the hottest months of the year. Ice cream has historically been a key feature of American communities, and it’s clear preference in flavors vary from community to community. Check out some of the popular ice cream parlors in TDS communities across the nation! 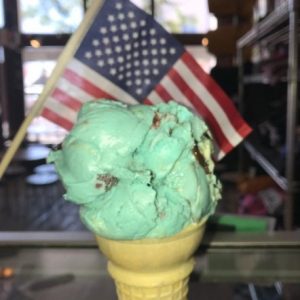 “Denver’s Premier Ice Cream & Candy Shop” is located in the beautiful TDS community of Arvada. Besides the great taste of its constantly rotating homemade flavors, Scrumptious is known for its commitment to using as many natural ingredients as possible. If ice cream isn’t your forte, swing by the shop and check out the incredible variety of store-made candies and bottled sodas.

You can also take Scrumptious to the party by booking the extremely popular Scrumptious Food Truck. 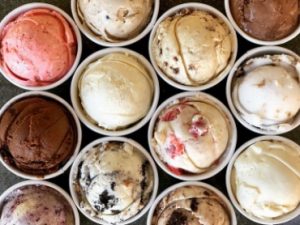 The original location of the STIL is in the heart of downtown Boise, and a second location was just opened in the southeast portion of the city. Why is the STIL so popular, you may ask? Part of the reason is because of the mouthwatering flavors and ice cream quality. Another is the ice cream can be enjoyed by practically everyone—most are vegan and gluten free.

For visitors aged 21 and over, they also have five liquor-infused options, including the “Toes in the Sand” with pina colada, “Hair of the Dog” with coffee liquor and brownies, and a brand-new “Red Sangria” flavor.

The STIL is also fur-friendly with an awesome patio open to dogs. 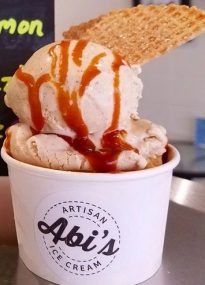 Abi’s is a staple of downtown Coeur d’Alene, and its ice cream is widely considered the best in the area. All the small-batch ice cream is made entirely from scratch, including the mix-ins, and even the plain or dipped waffle cones. Homemade delicacies like cookies, brownies, and biscotti’s pair perfectly with diverse and rotating ice cream flavors like Oreo Latte, Caramelized Banana Chocolate Swirl, Bailey’s Irish Cream, Mint Chocolate Gooey Brownie, and much more!

Other excellent parlors in Coeur d’Alene include Gelato By The Lake and the newly-opened Panhandle Cone & Coffee. 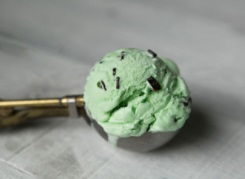 Jersey Junction was founded in October 1963 by Doris VanAllsburg—the mother of Chris VanAllsburg, who wrote and illustrated famous children’s books like The Polar Express. Like several others on this list, Jersey Junction is the epitome of an old-fashioned ice cream parlor through its menu items and nostalgic atmosphere. It has classic candies like massive jawbreakers and fruit flavored candy canes.

Celebrating its 40th year of service, Carolina Cones is perhaps the most well-known parlor in the Davidson/Cornelius area. At Carolina Cones, variety is king. There are nearly 50 different ice cream and yogurt flavors, as well as mouthwatering signature sundaes. The shop also has a great outdoor playground, vending machines with candy and fun trinkets, and its signature massive model train constantly chugging along the shop’s celling. 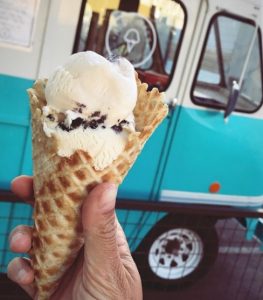 Addy Mac’s isn’t your typical ice cream shop. Operating out of a restored 1960 dairy truck, Addy Mac’s turns back the clock by delivering delicious homemade ice cream to the home, ingraining it in the surrounding community.

The handmade ice cream itself uses cream, milk, and other products sourced from Central Oregon. Owner Justin Scott constantly works with local restaurant chefs, coffee roasters, and brewers to take what people love about Bend and put turn it into ice cream. Some of the popular flavors include salted vanilla, milk chocolate, peanut butter Oreo, and a collaboration with Backporch Coffee Roasters in Bend. 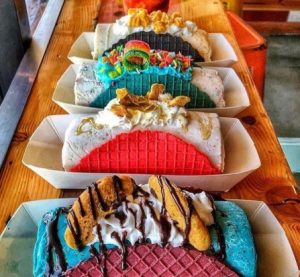 Who ever said ice cream had to be enjoyed in a traditional cone or dish? Sweet Rolled Tacos was founded by two brothers, Donovan and Kenny, in May 2017. Every ice cream taco is made with premium cream, handcrafted on a cold plate, rolled into ice cream, then stuffed into a delicious waffle taco cone. Customers can pick between red, purple, blue, black, and original waffle colors, and an assortment of scrumptious toppings.

Feasting on these works of art is only half the fun. Watch the experience on the company’s website! 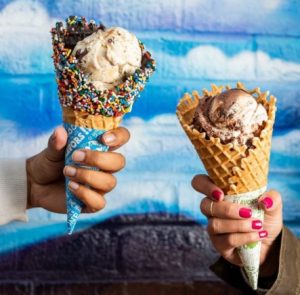 With a $5 correspondence course in ice cream-making from Penn State University and a $12,000 investment, Ben Cohen and Jerry Greenfield opened their first ice cream scoop shop in a renovated gas station in Burlington, Vermont in 1978. Now recognized as one of the world’s leading ice cream producers, there are 577 scoop shops worldwide serving ice cream lovers in 38 different countries. To serve this vast audience, the company’s factories collectively produce up to 400 pints per minute!

At any given time, Ben & Jerry’s has 50-75 flavors available, including the bestselling “Half Baked,” “Strawberry Topped Tart,” and “Pistachio Pistachio.” There’s even a series of flavors through its partnership with Netflix. Non-dairy, light cream, and frozen yogurt are also available.

The company’s core values are also incredibly progressive, and the Ben & Jerry’s Foundation helps battle a myriad of social and economic issues. 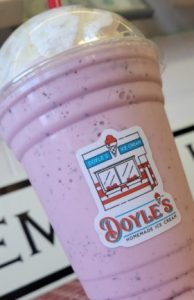 Since 1939, Doyle’s has stood as a beloved business and local landmark in Spokane’s West Central neighborhood. Stepping into Doyle’s is like taking a time machine back to America’s Golden Age. The store has Spokane’s last vintage soda machine, antique 1940’s ice cream equipment, vintage ice cream signage, and collectable toys and games.

Doyle’s constantly receives awards for the best-tasting ice cream in the area, and its signature Huckleberry cone is a local favorite. The shop also has classic treats like black and whites and banana splits. 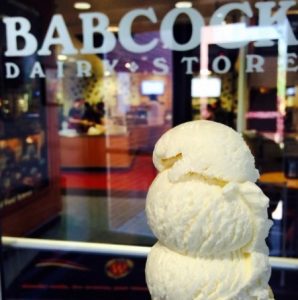 The origins of the delicacy that is ice cream dates back hundreds of years, and “America’s Dairyland” has been recognized as a world-leading producer throughout the last century. Babcock Hall, established in 1951, has been vital to the state’s reputation. It’s named after former University of Wisconsin-Madison Agricultural Chemistry Professor Stephen Babcock, who invented the first machine testing the butterfat content of milk back in 1890. This machine let consumers know the milk they purchased was tasty and safe to eat. The building now produces over 75,000 gallons of quality ice cream per year!

The ice cream sold at the Babcock Dairy store, as well as dozens of other University facilities, tastes just as great as it did in 1951. The Dairy Store typically has 22 flavors on-hand, including local favorites like chocolate chip cookie dough, chocolate peanut butter, salted caramel toffee, and blue moon.