Happy Meal box turns into a VR headset
The Swedes have all the luck. McDonald’s is running a promotion there called Happy Goggles. Mashable says it’s similar to Google’s Cardboard—you fold on the lines to create the headset, pop in the lenses, and then slide in your phone. Once you’re ready to go, you visit a Happy Goggles website and you can play a skiing game (which apparently isn’t too shabby for freeware). We’ll have to see if it ever comes to the U.S.!

How to score a Tesla 3
If you’ve been eagerly awaiting Tesla’s almost-regular-person-priced car, this week they announced how you can get one: Step 1: Put down $1,000 to get on the waiting list for a car that hasn’t debuted yet. Step 2: Wait until next week’s announcement to see what you’ve signed up. Step 3: Wait until late 2017, early 2018 for it to arrive.

Kickstarter of the week: OLO portable smartphone 3D printer
Okay, you might not need it, but for the price it could be really fun to own—a portable 3D printer that works with your smartphone. The printer uses the light from your phone’s screen to set the liquid resin and create objects (it will work on any smartphone with a screen 5.8 inches diagonal or less). The project is already overfunded, but there are still $99 backing slots available. I wasn’t convinced until I watched the video—now I want one!

(Other fun projects: the Woollip travel pillow for $30 and the Oombrella smart umbrella for $71-88 [depending on what levels are left to back!]). 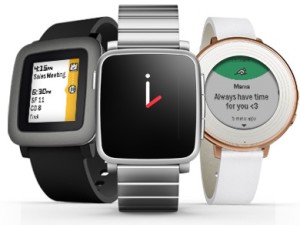 Pebble lays off 40 people—25% of its staff
The crowdfunded smartwatch company said this week they’re laying off almost a quarter of their staff. It’s a bit confusing to the average person because Pebble has raised $26 million in funding in addition to its $20 million Kickstarter in February of last year. The company’s CEO is saying that fundraising is tight and they have to be careful if they want to stay in the smart wearables game long term (note: as the owner of a Pebble Round, I have to say I sure hope they’re not going anywhere!).

Free stuff alert: Google Nik photo editing software
Originally $499 before Google purchased Nik, the seven photo editing plug-ins that work in Photoshop, Lightroom, and Aperture are now free. Google purchased the company for their mobile editing app Snapseed, but apparently didn’t care so much about the rest. Google did drop the price to $149 a while back (if you bought it in 2016 you can get a refund) but they’re now giving it away. You can get it here.

Apple introduces new stuff
Well, maybe “new” is in the eye of the beholder… 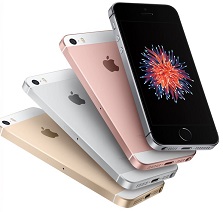 What’s coming and going on Netflix in April
Cnet has their list of what to watch fast and what can look forward to on Netflix next month.