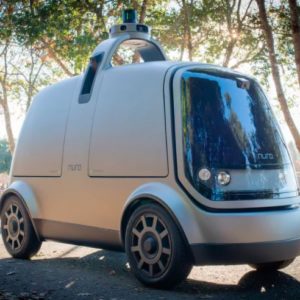 Self-driving deliveries
Two former Google engineers are developing a new kind of self-driving vehicle. Their new startup, called Nuro, is trying to crack the last-mile delivery challenge. Those are the short, local deliveries like flowers, groceries, laundry, etc.—and customers want them faster than ever. Nuro has permission to start testing their invention (which looks like a giant toaster, doesn’t it? The doors on the side pop up and hold the cargo) on California roads later this year. For more info, check out The Verge’s story. Image: Nuro.

Interestingly, the photo sharing site is rolling out a completely non-photo post option: text. That means you can add pages to your story that only contain words. Granted, you can choose from many neat backgrounds, font styles, and even stickers, but it seems like kind of a funny fit for a photo sharing app IMO. The new feature started rolling out yesterday. (Image: Instagram)

Don’t copy Xerox
The company synonymous with copying will stop operating as an independent business. They’re being taken over by Fujifilm in a deal worth $6.1 billion. The once-innovative Xerox (did you know the mouse came from Xerox’s Palo Alto Research Center?) fell behind the tech curve starting in the ‘80s and never quite recovered. The hope is that the Fujifilm/Xerox joint venture will set the stage for innovation since they can now combine resources and technology.

Better Bitmoji
Snapchat wants your Bitmoji to look more like you. With the launch of Bitmoji Deluxe, there are 40 skin tones, 50 hair treatments, plus more eye colors, facial features and accessories – resulting in 1.9 septillion avatar combinations. You can also take a selfie and use it as a reference as you build your emoji (but it won’t use facial recognition to build it for you). The update started rolling out this week to all Android and iOS users. (Image: Snapchat)

Another reason you might game on your phone
Mario Kart coming to smartphones. That’s about all we know at this point, other than it’s being described as a “mobile application” and that it’s coming “in the fiscal year ending in March 2019.” Still, woohoo!

Yes, the X is selling well despite the price
There was much anticipation and hubbub over Apple’s earnings report. Everyone wanted to know how the iPhone X was really performing. Quick, broad summary: the X is selling just fine (it’s the top-selling phone they have), but overall Apple sales are pretty flat. No need to panic though—Apple revenue is up overall (13%) so things still look a-okay. 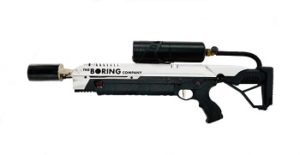 Hot sale on flamethrowers
Elon Musk sold a LOT of flamethrowers this week. Yes, you read that right—flamethrowers. Branded under The Boring Company moniker (his tunnel digging business), the 20,000 pre-orders he announced were available on Saturday, January 27 were sold out by the 31st. At $500 apiece, he raised a quick $10 million for Boring in five days. (Note: each buyer also gets a free Boring Co. fire extinguisher—lol).