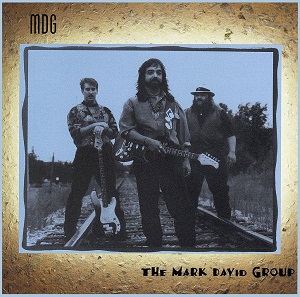 Not everyone at TDS has groupies, but Mark, one of our senior analysts, does. That’s because he has more than just qualities of a rock star employee—he actually IS a rock star.

“People at work see me and I’m quiet. When I’m playing, I’m not,” Mark says. “Coworkers will come out and see me and tell me later, ‘I don’t know who you are!’ On stage I’m performing and I’ve always been a performer.”

To his family, his side gig comes of no surprise. Turns out, music is in his blood.

“My parents were musical, and so are my brothers and sister,” says Mark. “Everything from classical piano, voice, guitar—I got my brother’s hand-me-down drums and then started playing guitar when I was 16.” 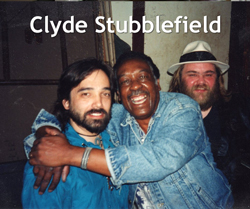 He used that hand-me-down equipment to start his musical career at the ripe old age of 8, playing drums for some local talent. That humble start evolved into producing two CDs and  eventually playing with or meeting music greats like Clyde Stubblefield, Double Trouble (Stevie Ray Vaughan’s band), Jimmy Vaughan, Shirley Manson (who he says swears a lot with her thick Scottish accent), opening for Kenny Wayne Shepherd (twice) and many others (check out the People page on his website for more!).

All of this success didn’t happen by accident though—it took a lot of hard work in his off hours.

“I just recently found a band schedule from years back,” says Mark. “We had 15 jobs in one month, but we were probably usually doing 8-12 on average at that time.”

The exhaustion of constant evening and weekend travel plus putting on high-energy shows got really tough—one of the reasons the Mark David Group didn’t pursue a record contract, despite getting some radio play with their CDs. 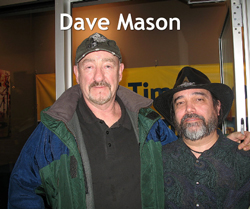 “We gave a copy of one of our albums to a woman highly connected to the industry,” says Mark. “She said she would shop it for us, but we would have had to quit our jobs and go on tour all the time if it had happened. It gets to you after a while. It’s a lot of hard work so we told her not to.”

Still, he spent a lot of years with his vehicle packed on a Friday ready to head out and be gone all weekend—and it still happens, but not at the same pace. Instead, the band is playing fewer shows and with a fourth member—Mark’s wife.

“I didn’t know she could sing until after we were married a few years ago,” says Mark. “I didn’t want a John and Yoko situation, so I kind of stayed out of bringing her in, but my bass player and drummer really drove the process.”

That bass player? As it happens, he’s the husband of Kathy M., another TDS employee.

“We’re about to head to the studio to record again—we have enough for three CDs,” he says. Rock on, Mark. Rock on.

Cheap Tunes Tuesday: AC/DC
How to recover from a successful scam