TDS employees are in the holiday spirit, just like you. Here’s just a sampling of what we’ve been up to all over the U.S. this season:

The annual Second Harvest Foodbank Share Your Holidays campaign in Madison, Wis., was again a huge success — thanks in part to many TDS employees! From selecting Second Harvest as the charity of choice, to the phone system donation for the event’s grand finale and the food collection, TDS contributed 17, 577 meals this year! Check out the photo of Matt Ivens., Market Manager, presenting the check during the live during the NBC15 live newscast. 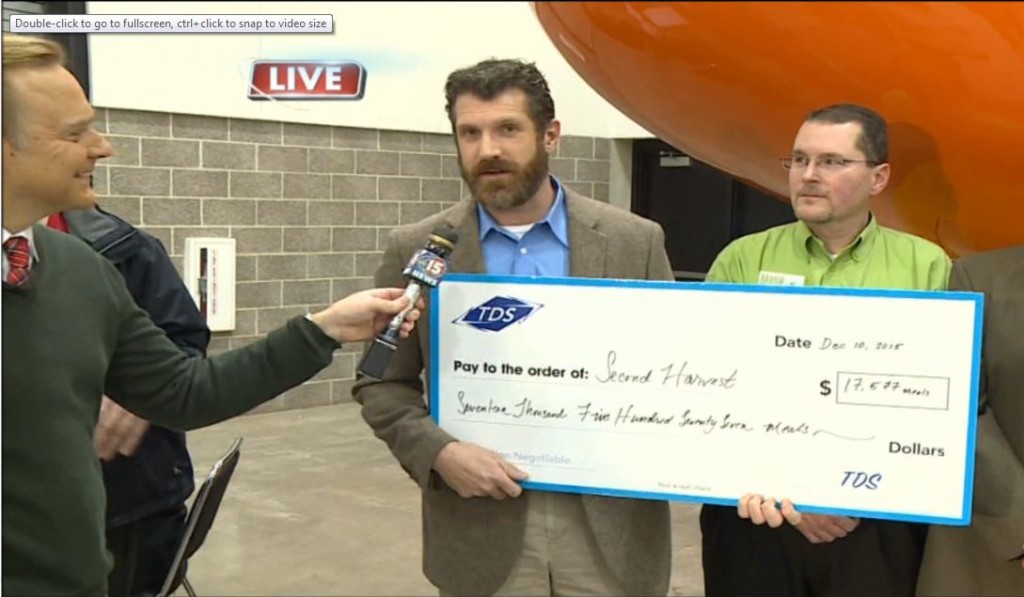 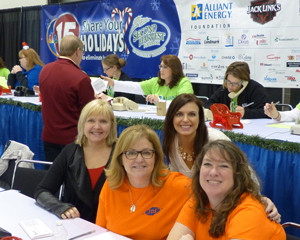 Dean S. was a rock star for getting everything connected and ensuring the phones would ring during the entire phone-a-thon!

In Northfield, Vermont, employees are once again volunteering as Angels to help the local CERV (Community Emergency Relief Volunteers). This year 10 employees are fulfilling 14 Angel’s wishes. “It’s something we’ve been doing for many years,” said Peggy S., Senior Accountant.

Donating to the Army Emergency Relief fund and volunteering as Porchlight Angels to help a local family is how the IS OSS (Information Systems Operation System Support) group in Madison, Wisconsin is making a difference this year. According to Kari B., senior IT Application Support, “It’s money we would normally have spent on a team gift exchange but instead, we’re using it to help others. I’m thankful TDS provides us opportunities like this — especially, when all someone wants for Christmas are bed sheets or other necessities that we frequently take for granted.”

Santa made his annual visit to Monticello, Minnesota last weekend. TDS teamed up with the Community Center to capture every child’s visit. In fact, TDS provided printed pictures to every family — more than 200 pictures in all.

“People were so thrilled again to get a printed picture,” said Sara Cahill, Community Center project coordinator. “The joy on the kids’ faces when we handed them a picture was so special! Parents appreciated not having to worry about snapping a picture while their child was sitting on Santa’s lap.” 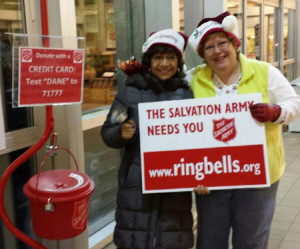 Karla S. has been volunteering with the Salvation Army for 15 years, helping with the La Center, Washington Red Kettle Campaign.

The campaign, which started back in 1891, is the Salvation Army’s most prominent fundraiser. Karla, a Dispatch Center specialist with TDS’ Field Service team, volunteers each year to help the Salvation Army fulfill their promise to America of “Doing the Most Good!”

In the holiday spirit, TDS employees in Pequot Lakes, Minn., are helping a fellow employee and his family. Just before Thanksgiving, Brad W., a senior advisor on the Repair Team, suffered a brain aneurysm. He’s been in the hospital ever since.

The Pequot Lakes group has banded together, coordinating several “little” things to help him out. They raised more than $400 in an hour to help his young sons with gas and food expenses so they could visit and be with Brad at the hospital. They’re hosting a burger and hot dog sale with all proceeds going to Brad’s fund. There’s also going to be another luncheon fundraiser on Friday. “The whole office stands behind Brad,” said Denise R., Quality Coach. “He is dearly loved.”