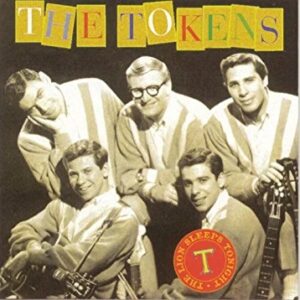 My proverbial Rolodex of musical artists and genres is pretty expansive. I’ll listen to anything from ‘60s pop to modern metal, but there are certainly pockets of music history that simply haven’t come across my headphones. Today’s featured act is one of those I didn’t know, despite being familiar with one of their singles (and you are, too)—but certainly the rest of their music can’t be as unique as that one hot song, right?

Around 1955, a band was formed in the Abraham Lincoln High School in Brooklyn, New York called the Linc-Tones (a name mostly inspired by Abe himself). The featured artist in the group was Neil Sedaka, a man who would become one of the most respected song writers in music history. Turns out Neil was a solid vocalist though as well, and quickly became the face of the band. They recorded a single called “While I Dream” in ’56 and it became a local hit. What made the group different was singing originals, instead of cover tracks, something odd for a group of high school kids. After a few years, a couple of the original members departed for other opportunities. With each departure the band changed names, and when Sedaka left in 1958 to pursue a lucrative solo career, they finally settled on the Tokens.

The group had seen some success with Sedaka, but it was more local to New York. It wasn’t until the ‘60s when the Tokens really took off after they got a chance to perform on American Bandstand. That led to the label offering more and more recording opportunities, which would yield the release of 1961’s, “The Lion Sleeps Tonight”. You have heard the song probably dozens of times. It’s that bizarre song you’ve heard in the background, on a tv show, or movie—but you know it. Before today, I couldn’t have told you the Tokens were the band behind it and I learned it was actually a cover from a musician named Soloman Linda. The U.S. loved it, and the track hit No. 1 on the Billboard 200 and stayed there for three weeks. They loved it across the pond as well, peaking at No. 11 on the U.K. singles chart as well. Sales were well over a million copies in each country, putting the Tokens on the map.

OK—the question I posed at the start of this blog was really in my head as I put this album on. Am I in for an hour of wimoweh’s or would the music offer something else? The answer is … well, I don’t exactly have one.

The truth is, this album is just as unique in other spots, but fairly standard doo-wop from the early ‘60s in others. It’s a hodgepodge of falsettos and baritone, coming together to create this peculiar, yet somehow engaging record. I don’t want to listen to it every day, but I could see tossing it on once a year or so when I’m in the mood for something whimsical. The final track almost feels like a Christmas tune—which is great considering we’re almost in the holiday season—but it’s also one of the strangest ways to end an album. It’s a fitting conclusion to an album that I can pretty safely say I’ve never heard before, and probably won’t hear anything similar to in the near future. But between the aforementioned track and their interpretation of “La Bamba”, there is enough here for non-doo-wop fans to enjoy, too. All I can say is, give it a shot.

The Tokens kept on making music through the late ‘70s, and then reunited briefly in the late ‘90s. The entire band has now passed away, except for original member Neil Sedaka who is still around at age 83. Don’t fear, my darlings—the lion does in fact sleep tonight. Happy Tuesday!

Where to watch the US Men’s Soccer at FIFA World Cup Qatar?
TDS Telecom holding Week of Giving