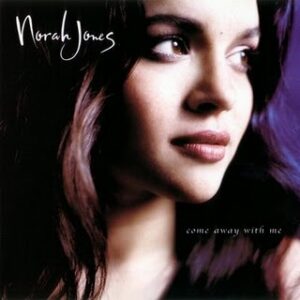 By Austin Krueger on September 20, 2022 in Online Life

Sales might not be the be-all and end-all in determining how good an album is, but it’s typically a pretty good start. Likewise, the highest-selling albums of say, a decade, are often top of mind whenever discussing music from an era. While it’s debatable whether today’s featured act is a household name, it’s no question that she had one of the best-selling albums of the early 2000s.

Geethali Norah Jones Shankar was born in March of 1979 in Manhattan, New York City. Her mom was an American concert producer and her dad was an Indian musician. They separated in 1986, causing Geethali to live with her mother in Grapevine, Texas. When listening to music as a child, Norah seemed to gravitate toward standards, like Billie Holiday or Bill Evans. As is typical with many vocalists, she began singing in the church choir but what was less common, is that she began taking vocal and piano lessons at a very young age. When she was nearly of high school age, Geethali moved to an area that had a specific performing arts school to hone the craft. At school, she sang in the choir and with the band, and tinkered with the alto saxophone. At age 16, with both parents consenting, she legally changed her name to Norah Jones removing all traces of her father’s Indian heritage. During her school years, she also attended summer music camps eventually majored in jazz piano at University of North Texas. Seems obvious to say, but music was certainly looking to be her future.

In 1999 Jones moved back to New York and started a band with an old college friend. During that time, she roamed NYC as a lounge singer, often performing with other local acts. It was that process and singing an old Billie Holiday classic that got her noticed by Blue Note Records. They knew right away they wanted to sign her but give her time to figure out her own direction and develop into a star—but it didn’t take too long. Her debut album titled Come Away With Me hit shelves in February of 2002. Feeling they had one instant hit on their hands, lead single “Don’t Know Why” was leaked to major radio a month earlier. Since you’re probably reading this and singing that song in your head, you already know it was a smash hit.

The single propelled the entire album to the top spot on the Billboard 200 and Jones received multiple Grammy Award nominations. And remember when I mentioned the sales? Well perhaps you won’t be as stunned as I was to read this, but the record was certified diamond in 2005 and has sold nearly 40 MILLION copies worldwide to date. It’s the third best-selling album from 2000 to 2009, which I would have guessed literally a thousand other choices before picking Norah Jones.

Naturally, the album received nothing but critical acclaim. Since Blue Note was typically a jazz music label, many critics were thrilled to hear this being more of a folk rock or acoustic pop album. It was summarized as “a showcase for Jones’ remarkable voice” which is perhaps the most apt comment you could make. And remember at that time in history, Jones was only slightly older than Britney Spears—yet the music she made was almost in the starkest of contrast. From my perspective, this feels like an intimate concert at your local coffee shop. Jones comes across as a song writer that is wise well beyond her years and had been doing this for decades. If she wanted to make one of those classic standard albums like her influences fifty plus years prior, mission well accomplished.

Maybe even more amazing, Norah did it again with her sophomore release, selling over twenty million more albums. There has been a decent drop off after that, but she released a Christmas album recently, back in 2021. She’s had several appearances in television and film—it seems like her career is really still hitting stride. Give this a shot today, Norah will be on your mind forever!

New on TV this fall
Prime Early Access Sale: Get deals, not scams