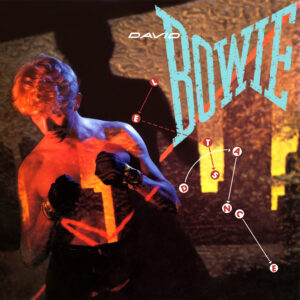 Is there an artist you completely missed the boat on? An act that you know was popular and had a lot of merit, but you simply never got exposed to them? That’s how today’s featured act is for me. Of all that music I’ve listened to in my day, he’s sort of escaped coming through my headphones in any major capacity. I’m excited to change that today!

David Robert Jones was born in January of 1947 in London. His mom was born in an Army camp but became a waitress/performer at a local cinema, and his dad was an officer for a non-profit with zero desire to get into the arts. David got into a gifted school as a young boy, at least partly because of his ability to learn the recorder. One teacher considered his vocals “adequate” to sing in a school choir. At age nine David began getting heavily into dance, where his interpretations were considered well beyond his age and “astonishing” for a child. David’s dad started to see his son’s passion for music and performance, so one day brought home a stack of 45s by American artists. One of those featured Elvis Presley (who happened to share a birthday with David). While Elvis had an impact, it was listening to Little Richard’s “Tutti Frutti” that had David saying he had just, “heard God”. From there, David became enamored with and studied anything that crossed his path whether it was music, religion, or poetry—he seemingly wanted to know more about the human experience overall.

In 1962, David formed his first band called the Konrads, but didn’t stay long. He announced he wanted to become a pop star and bounced around between other bands that seemed more committed to his end goal. At this point going by his stage name David Bowie, he got connected with a manager that felt his talent should be highlighted. The manager promoted Bowie’s band at the time called the King Bees, but also started putting a bug in Bowie’s ear to fly solo. It would take until 1967, but that solo dream finally came true.

I’m going to skip over a couple decades of David’s outstanding career, but when I spoke to my resident David Bowie subject matter expert, she advised I start with Let’s Dance released in April 1983. This was his fifteenth studio album, and Bowie had begun to crossover from music to film around that time. Nile Rodgers was signed for album production and was shocked when Bowie came into the studio and said he wanted it done quickly. For an album, you might think 3-4 months is fast, but no—Bowie wanted it done in three weeks. Mission accomplished, as it only took seventeen days. Because of the quick turnaround, the musicians were excited to record and get out, so the performances ended up being second to none.

The album has sold nearly twenty million copies worldwide to date so, you think Bowie would be thrilled by the success, right? In fact, he considers this album the start of his lowest creativity period of his tenure. He felt he began to pander his music to his newly acquired fans that wanted pop music—not utilizing his full creative license. That energy was noticed by critics as well, and many gave Let’s Dance an ‘average’ review at best—and for me, that just goes to show how good his previous work must have been. This is far and away his best-selling and biggest album in the catalog, but nearly unanimously it’s considered a letdown—what an incredible feat! Four commercial singles, and a very post-disco feeling album that seems to span several genres. This isn’t in my typical wheelhouse by any means, but I enjoyed it. It’s upbeat and doesn’t feel like ‘80s pop at all. Sure, there’s a little synth and pageantry, but it’s unique—and the tracks you know, you’ll still love.

I could likely go on for another 700 words, because I’ve learned so much about Bowie’s life and background, but I will certainly revisit him again someday. Sadly, Bowie passed away in 2016 from liver cancer, so his legacy now lives on posthumously. Give this a whirl today. If it’s new to you like it was for me, I think you’ll really enjoy it!