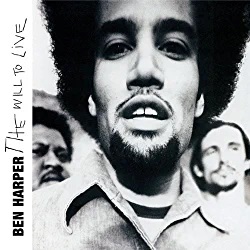 Streaming Tunes Tuesday: Ben Harper, The Will To Live

Last week was apparently an anomaly because I’m heading back to covering bands that haven’t been discussed in a criminally long time here on Streaming Tunes Tuesday. We talked about today’s featured act all the way back in 2015—which feels so long ago, I could have still been wearing diapers [Editor’s note: he was not 😊]. Sometime between now and then, I’ve gotten back into this person’s music, so let’s dig in!

When we checked in seven years ago, Ben Harper had released his debut album in 1994. After selling half a million copies or so in the U.S., Ben hit the studios again and put out his sophomore effort in August of ’95. This album’s success was even bigger, getting to one million this time around because it resonated so much with the younger generation. College radio stations all over the world were obsessed with the record, and many who experienced Harper in those days still love him today (this album, particularly). Songs like “By My Side” off that record continue to get regular play both on the radio and at his shows. Ben knows where the bulk of his fan base came from and caters to it. His style itself didn’t change much, it was the slower-paced, folk rock that critics and fans loved from the debut.

I’m jumping ahead to his third studio released titled The Will To Live which hit shelves in June of 1997. To be honest, I’m not totally sure why I ended up selecting this album to highlight versus others because I can cherry pick hits off just about any album in his discography. Though I was merely a pre-teen upon its release, it caught my speakers years later in college and is one I still go back to today. Style wise, it’s not much different than anything he put out prior, though I’d argue he dabbles a bit more with rock or alt rock on this particular album. The only commercially released single was in the U.K., but start to finish, this album is really solid. When you feel like putting on music, chilling out with your feet up and being contemplative with your friends, The Will To Live is pretty much second to none. Many a peace treaty could have been signed listening to this work of art.

Some critics weren’t a big fan of this album, saying they were tired of Harper “preaching” on his albums—though many noted his melodies were catchier on The Will To Live which created memorable tracks. Parts of this album could be confused for a blues record too, which I think was a divisive move critically. Harper is a songwriter, through and through. If that isn’t your thing, you may want to skip this week—but if it is, I think you’ll love it.

Since the late ‘90s, Harper has dropped dozens more albums and has worked with just about every artist you can think of. His collaboration list is incredible, and he even started to use a backup band of sorts called “The Innocent Criminals” beginning with his fourth studio album. All of the records sell—just not in massive quantity. He’s between half a million and a million pretty much across the board, which is almost a more amazing feat than selling tens of millions. He’s consistent, which is why I think he’ll always find a home on a label.

Harper is one of those guys that makes great music, but also gives back any way he can. He’s played several benefit concerts for various causes and is a huge advocate in restoring music education throughout disadvantaged public schools across the U.S. Give the music part a shot today—you shall not walk alone!

Christmas in July is HERE
This July, defend against military consumer scams