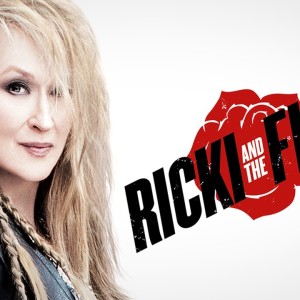 There may not be any blockbuster films, but TDS TV on Demand is serving up a host of first-rate films for Thanksgiving week. We’ve got an acclaimed music documentary, wayward sheep, rock and roll Streep and whole lot more. Find what fits your family’s tastes and enjoy.

American Ultra
Jesse Eisenberg plays a CIA-trained slacker who is targeted by the agency for elimination. Too bad they’ve trained him so well. “American Ultra” is a effective, but uneven, mix of a stoner and an ultra violent action film (similar to “Kingsman” or “Kick-Ass”). Everything is over-the-top, especially the violence. If that sounds fun (and it often is), then check it out. Available November 24.

Shaun the Sheep Movie
Charming. Clever. Funny. Crazy. They all work for this wonderful animated film (based on the TV show of the same name) by the folks at Aardmann Animation (famed for the Wallace and Gromit pieces). Shaun must rescue everyone from the farm after they end up in the big city. Great for kids as well as adults. Available November 24.

Mistress America
A lonely college freshman has her life turned upside down when her older step-sister-to-be suddenly arrives on campus. Witty and humorous, “Mistress America” is sort of the 21st century lost cousin to a Woody Allen film. It’s not everyone’s cup of tea, but if you enjoy something snappy and fun, this should be on your agenda. Available November 24.

No Escape
Tense, action-filled thriller about a family who find themselves caught overseas in a violent coup where foreigners are being executed. The film is nerve wracking, if a bit preposterous. Owen Wilson, Lake Bell and Pierce Brosnan star. Available November 24.

Amy
Outstanding documentary chronicling the life of the great Amy Winehouse. Fans will love the trove of unseen archival footage and music. Knowing the ultimate fate of Winehouse makes this film heartbreaking to watch. Available December 1.

90 Minutes to Heaven
A man pronounced dead wakes up 90 minutes later – claiming to have visited heaven. The film follows the man’s struggles with the physical, spiritual and emotional challenges that he faces. “90 Minutes to Heaven,” is often too slow and introspective for its own good, but people looking for an inspirational film will likely enjoy it. Available December 1.

Heist
By the numbers crime drama about a group of crooks who plot a heist of a casino. The overly complicated plot is silly at times, but the film has an undeniable energy. If you like this kind of thriller, check it out. Robert De Niro and Jeffrey Dean Morgan star. Available now.

Marvel’s Jessica Jones
Krysten Ritter (daughter of the late John Ritter) plays the title character, a young woman with amazing strength, who also happens to be deeply scarred and self-destructive. Now she works as a private detective hiding from the monster that haunts her – a truly twisted David Tennett (Dr. Who). “Jessica Jones” is darker – and more human – than most super hero tales. It’s not for the kids, but “Marvel’s Jessica Jones” is one of the best new shows for adults on television. All episodes available now on Netflix.

Dancing with the Stars
Who will take home the Mirrorball trophy? Will it be Backstreet Boy Nick Carter? Or TV star Bindi Irwin (daughter of the late naturalist Steve Irwin)? Or actor/singer Carlos PenaVega? Or perhaps it will be American hero Alek Skarlatos? Catch the two-night finale and find out. Monday and Tuesday, November 23 and 24, ABC. 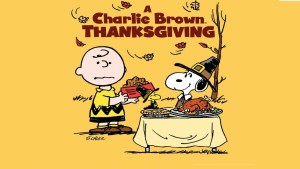 A Charlie Brown Thanksgiving
Charlie Brown, Snoopy and the gang whip up some popcorn and toast for Thanksgiving – all the while teaching us the true meaning of the holiday. Don’t miss this perennial family favorite. Wednsday, November 25, NBC.

The All-Star Dog Rescue Celebration
If you are tired of football and looking for a whole bucketful of cute, check out this two-hour family-friendly special where celebrities introduce adoptable rescue dogs, as well as honor those who have dedicated their lives to caring for animals in need. Thursday, November 26, Fox.

Frosty the Snowman
It’s still November, but with Thanksgiving in the rear-view mirror, Christmas season is upon us. Kick it off with the showing of one of the season’s most enduring animated specials. Saturday, November 28, CBS.

A Very Murray Christmas
Bill Murray takes on Christmas with this weird and wacky variety show. Featured guests include George Clooney, Miley Cyrus and many others. Sophia Coppala directed what is sure to be one of the more bizarre Christmas specials ever made. Friday, December 4, Netflix. 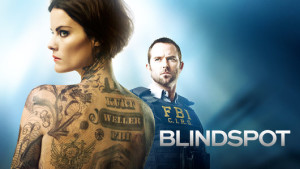 NBC”s “Blindspot” has been renewed for a second season. The thriller has been one of the year’s biggest new hits.

FX’s “The Bastard Executioner” and ABC’s “Wicked City” have been cancelled.

“Sleepy Hollow” has been moved to Friday night, a sign that the supernatural series is heading toward cancellation.

Word is that “Heroes Reborn” will not continue beyond its current limited run due to mediocre ratings.

Netflix has picked up the excellent western-crime drama “Longmire” for a fifth season.