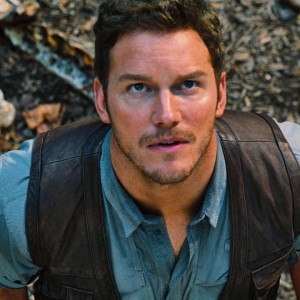 The fall season unleashes new seasons of acclaimed shows such as “The Knick,” “Fargo” and “Elementary.” But the big excitement is the arrival to TDS TV on Demand of one of the year’s biggest hits – “Jurassic World.” And if that’s not enough, you can catch The Rock in the disaster flick “San Andreas,” George Clooney in “Tomorrowland,” plus a couple of quality teen flicks (“Dope” and “Paper Towns”).

San Andreas
The world’s coming to an end and it’s up to The Rock to save us. Okay, maybe not all of us – but those important to him. This disaster epic is exactly what you’d expect – massive CGI destruction, cheesy dialogue and scant story. But it’s got the appealing Dwayne Johnson and some first rate thrills, so just strap in and enjoy. Available October 13.

The Hive
Indie horror/sci-fi film about a young man infected with a virus that threatens to consume him – and destroy those he loves. Production values are lacking at time, but “The Hive” is well paced and engrossing. Available October 13.

Dope
“Dope” is one of the most enjoyable (if uneven) movies of 2015 that you probably have never heard of. A geek living in a tough neighborhood of Inglewood, California, gets a chance to spread his wings when he’s invited to an underground party. The ensuing adventure is packed with sharp dialogue, great music, laughs and genuine human emotion. Available October 13.

Tomorrowland
Ambitious film about a young girl and an aging inventor who delve into a world that exists in a different place and time. “Tomorrowland” is absolutely gorgeous and inventive – something right out mind of Jules Verne and Steven Spielberg – and scores as it champions curiosity, boldness and hope. The leads, played Britt Robinson and George Clooney, are wonderful. A great film for the entire family. Available October 13.

Jurassic World
A pedestrian storyline can’t hold back this wildly entertaining continuation of the “Jurassic Park” series. The effects are first rate, the action thrilling, and leading man Chris Pratt proves to be one of the most likable actors in the business. Available October 20.

Vatican Tapes
Standard ‘girl possessed by Satan’ film. The movie, which has some genuinely creepy moments, is probably only for those who don’t mind traveling over this familiar territory. Available October 20.

Paper Towns
Enjoyable coming of age tale from writer John Green (author of “The Fault in Our Stars”). A teenage boy connects with the girl of his dreams – only to have her disappear the next day – leaving him to follow a clue that leads him on an adventure of a lifetime. Available October 20.

Fargo
“Fargo” returns with a new season, a new cast and a new story. As with the inaugural season, this year’s cast, which is headlined by Kirsten Dunst and Ten Danson, is outstanding. Expect many interweaving plots to go with a slightly twisted sense of humor. Monday, October 12, FX.

Jane the Virgin
Jane’s baby has been kidnapped! And who will she marry? We can’t wait to find out. Last year’s breakout comedy keeps up the laughs, and Gina Rodriguez (as Jane) continues to impress. Monday, October 12, The CW.

Crazy Ex-Girlfriend
This is one bold, crazy show. Rachel Bloom stars in this new series about a successful woman who moves across the country to chase (stalk) her ex-boyfriend. Did we mention it’s a comedy? And a musical? Sound more than a bit twisted? You’d be right. It’s also devilishly clever and original – and well worth checking out. Monday, October 12, The CW.

Manhattan
Fascinating drama about the race to build the atomic bomb in 1945. Season 2 picks up with the team looking to take their concepts from the drawing board to reality. Tuesday, October 13, WGN America.

Chicago Fire
“Chicago Fire” has quietly developed into a quality action and drama series. If you haven’t been watching, jump into the series now. The stories and characters are original and engaging, and thrills abound. Tuesday, October 13, NBC.

Elementary
Sherlock Holmes rules is so many ways, and “Elementary” (now in its fourth season) keeps turning out great mysteries while keeping the Holmes’ character fresh and interesting. Thursday, October 15, CBS. 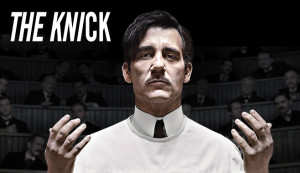 The Knick
One of last season’s best dramas returns. Clive Owen stars as a brilliant, but cocaine addicted, doctor in New York circa 1900. Owen is phenomenal as the damaged physician. Friday, October 16, Cinemax

Quantico
This thriller follows a group of FBI recruits as they train at the legendary Quantico base. But this is not just a routine cop show since one of the trainees is really a terrorist. “Quantico” offers up a nice mix of action, thrills, sex and drama – making it one of the year’s best new shows. Sunday, October 18, ABC. 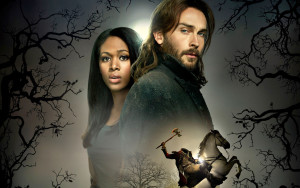 “Sleepy Hollow” and “Bones” will be doing a crossover episode this fall.

The classic teenage female detective, Nancy Drew, may be coming back to television in a series for CBS.

Reboots abound so why not “MacGyver?” The Swiss Army Knife of crime fighters is looking for a comeback on CBS. James Wan and Henry Winkler will produce.

If “MacGyver” and Nancy Drew can return, how about “Lethal Weapon?” Warner Bros TV is looking to bring the Mel Gibson/Danny Glover franchise to the small screen.

HBO is in discussions to bring the classic graphic novel “Watchman” to television. Zach Snyder’s 2009 cinematic take on the tale was met with mixed reviews.

Laurence Fishburne will star as Nelson Mandela in “Madiba,” a drama from BET.

The BBC announced that it is producing a young adult spin-off of the classic “Dr. Who.” The show, titled “Class,” will be set in present day England, and will hit the airwaves in late 2016.