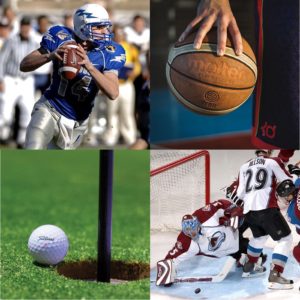 We all have that friend (or maybe we are that friend), who’s schedule revolves around the weekly professional sports match-ups. Not only do these friends insist on going on about their knowledge of every aspect of the game, but now they have a way to showcase that knowledge through managing their own Fantasy teams.

For those of you who are lost and confused when your co-workers, friends, and spouses talk about their fantasy team, look no further to get the inside scoop. And for those of you who think you have mastered the game, keep on reading because there is always room for improvement.

What is it?
Fantasy sports let you put your skills to the test by drafting and “managing” a team. You can join a league with your friends or join a public league for free, but often there’s a bit of betting involved. You have to scout players before a “draft” occurs.

Once your team is set and the season starts, teams within the leagues play each other. Points are awarded based on how well you do relative to that week’s real life sporting match-ups. The goal is to beat your weekly opponent and eventually make it to the playoffs. The top teams of each league make the playoffs and the winner is determined in a tournament style playoff.

How to play
Think you want to give it a try? Even though the official football season already started, Fantasy Football teams can still be created, and you can join new leagues. The past weeks of football will simply not count or be scored within your league. Hockey season has also just begun so you can create a Fantasy Hockey team, or wait until the start of basketball, golf, or baseball season to play any of these fantasy sports.

Here are the simple steps for creating a team:

Tips for a successful team
Now that you have your team set, here are some tips on leading them to success:

Fantasy football is a fun way to add a bit more competition to the week. For a good team, a bit of time may be required, but for those who wish to simply be part of the hype, just creating and watching a team will suffice.