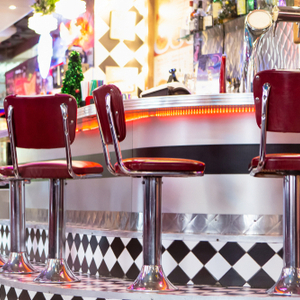 If you’re a fan of the Food Network, then you probably know a thing or two about Guy Fieri. The laid-back Californian has been a staple in the food entertainment industry since the early 2000s, with a 2006 debut of Guy’s Big Bite. Since that first show, the chef has expanded his culinary empire, most famously with the hit shows, Guy’s Grocery Games and Diners, Drive-Ins, and Dives. It’s that last show—the one fans have affectionately coined “Triple D”—that is quite possibly the most successful and well known of Fieri’s ventures.

For the past 12 years, Fieri has been cruising around the United States in his red, 1967 Camaro SS in search of the best “greasy spoon” restaurants and eateries. Visiting nearly every state in the country, Fieri has compiled an impressive list of “funky joints”—some of which happen to be in TDS serving areas. 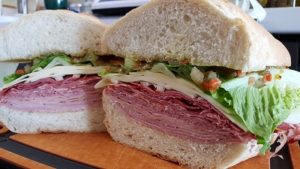 Gannuci’s Italian Market – Duluth, Minn.
A family-owned market cranking out Italian classics, Gannuci’s is the place to be if you’re looking for bold flavor. Fieri found his dream lasagna at Gannuci’s, informing chef and owner, Bill Kalligher, that he could eat it “all day long”. But the fun doesn’t stop at pasta dishes, the show also showcased Gannuci’s muffaletta sandwich, piled high with cold cuts from the deli—Fieri couldn’t get enough. Located in the Spirit Valley neighborhood of Duluth’s west side, the market also offers imported staples of Italian cuisine so you can try your hand at making something delicious at home. (Image courtesty of Gannuci’s Italian Market) 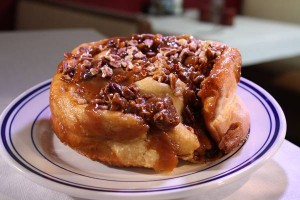 Jimmy’s Down the Street – Coeur d’Alene, Idaho
If comfort food is what you’re craving then stopping by Idaho’s most famous diner, Jimmy’s Down the Street, is exactly what you need to do. Known for its hearty, home-style meals, the restaurant has been a staple of Coeur d’Alene for over 50 years! When Guy Fieri and his crew rolled into town, the chef was blown away by the famous pecan rolls. Nearly plate-sized, and oozing with freshly made caramel and pecans, the rolls are well known for a reason. If sweet isn’t your thing, fear not; there’s plenty of savory too. The chicken dumpling soup earned a “good eats, man” from Fieri. One thing is for sure, you won’t leave hungry from Jimmy’s Down the Street. (Image courtesy of Food Network) 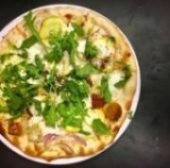 Restaurant 415 – Ft. Collins, Colo.
When you visit Restaurant 415, be prepared for unusual flavor. The owners of the Ft. Collins establishment are cooking-up everything from mac and cheese to pizza—all with a twist. Guy Fieri was wary when he was served a chickpea-tomatillo pizza, saying he’d had “a lot of strange pizzas” but that this particular one “might take the cake”. However, despite his initial thoughts, the pizza won Fieri over with its unique flavors. If you consider yourself adventurous and willing to try something outside of the box, then Restaurant 415 is right up your alley. (Image courtesy of Restaurant 415) 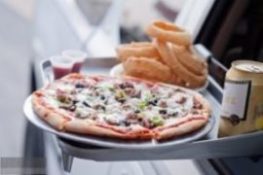 Tennessee might not be what you think of as a typical Italian food hot spot. However, Pizza Palace in Knoxville isn’t your typical Italian joint. Since 1961, the Peroulas family has been serving drive-in Italian food. That’s right, drive-in. Whether it be homemade spaghetti, Greek salad, or their namesake pizza—you can get it all delivered right to your car window. Fieri was floored by the meat sauce and had some fun playing with the original ordering intercom. You can’t go wrong if you’re planning a quick stop for a bite, or grabbing some take-home grub, Pizza Palace will definitely bring big, Italian flavor right to your window. (Image courtesy of Pizza Palace & H. Davis Photography) 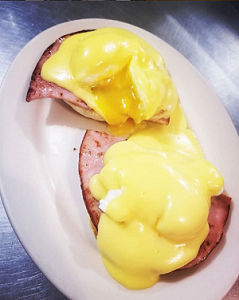 If you find yourself in the Dinkytown neighborhood of Minneapolis with a hankering for some breakfast, there can only be one spot: Al’s Breakfast. What makes Al’s so special is its ability to blend greasy spoon, “hole-in-the-wall” culture with James Beard Award-winning food. That’s right; Al’s Breakfast has its very own James Beard Award. With only 14 seats in the small, Minneapolis eatery, you’ll probably find yourself waiting for a spot to eat your meal. But that meal sure does make up for the wait. Guy Fieri has actually visited twice! On his first stop, he tried Al’s famous “Jose” —two poached eggs on a hash brown, smothered in salsa and cheese. When Fieri returned a few years later, it was on the 60th anniversary of the opening of the spot in 1950. And unlike most places, not much has changed in those 60 years. No expansions or renovations, and in true diner style, cash-only. Give the blueberry and walnut pancakes, the French toast, or any of the other items a try—they’re worth every penny. (Image courtesy of Al’s Diner)

If you live by any of these restaurants, have you visited? (And what’s your review?). If you’re just passing through these communities, or stopping for a visit, there’s no doubt that each of these establishments should be on your radar. If Fieri approves, you will too.

Beyond 9-1-1: what other N11 codes you should know
Cheap Tunes Tuesday: Wolfmother