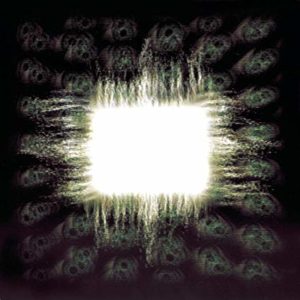 By Austin Krueger on November 5, 2019 in Online Life

Boy, do I love getting requests! Today’s featured act was requested by not only name, but specific album from a loyal reader. If you find yourself wishing to see one of your favorite acts or albums, don’t hesitate to contact me!

At various points in the ‘80s, each of the future members of Tool moved to Los Angeles. Paul D’Amour and Adam Jones arrived to work in the film industry, while Maynard Keenan found jobs remodeling pet stores after studying visual arts in Michigan. Maynard met Danny Carey while performing for a band named Green Jelly. Keenan and Jones met through a friend in 1989. Keenan played him a demo of his previous band project and Jones was so impressed by Maynard’s vocals, he convinced him to start a new band. They started jamming together while looking for a drummer and bass player. Carey was reluctant to join, but felt sorry for the duo as other musicians were not showing up to practices. When another friend brought in D’Amour, the lineup was set. The name Tool was derived as described, “It’s a wrench, we are your tool; use us as a catalyst in your process of finding out whatever it is you need to find out, or whatever it is you’re trying to achieve.”

After two years of performing locally in L.A., the band eventually signed a deal with Zoo Entertainment. They’d release an EP in 1992 and their first commercial release came the following year. Today I’m listening to their sophomore record, AEnima which came out in September of 1996.

The album was recorded and mastered in Los Angeles over the course of a year. It would debut at #2 on the Billboard 200, selling nearly 200k copies its first week. To date, it has sold nearly 10 million copies worldwide, making it their best-selling album of all time. Packaging for the album was nominated for a Grammy for best recording packaging (did anyone even know that was a thing?)—it had a lenticular jewel case that included several special images from multiple contributors. The title track won the Grammy Award for ‘Best Metal Performance’ in 1998 and Rolling Stone has the album at #18 on their 100 greatest metal albums of all time.

Tool is such an enigma from a musical perspective. Their incorporation of visual arts and very long, complex tracks leaves most critics at a loss in how to classify them. Since calling them a style-transcending act is a bit of a cop out, you’d say they certainly fall into the progressive/psychedelic rock category, with a bit of metal mixed in.

In terms of this particular record, all the accolades make total sense when you toss it on. If you’re a fan of just plain old rock music, there is plenty here for you. Some of the incredibly complex and funky bass lines actually get your toes tapping too. While it’s progressive rock, it doesn’t necessarily have the experimental feeling of, say, a King Crimson as example. It likely was a very strange metal record for in its day, but in current times, it feels “normal” to a certain extent, and certainly not one that is two decades old.

Tool is still out there, going strong today. They released an album very recently, just in August. It would debut at #1 on the Billboard 200, knocking off Taylor Swift in perhaps one of the most diverse swaps in the chart’s history. If you’re at all into the heavier stuff, or just enjoy good old fashioned rock and roll, give this one a go today. At only $8 bucks, it’s the cheapest their music has been on sale for in years. Happy Tuesday!

Editor’s note: in the spirit of full disclosure, please note that some of these songs have explicit warnings.