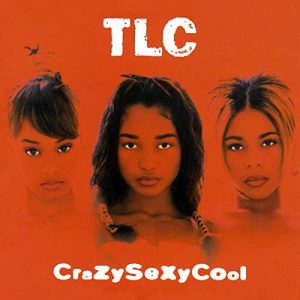 At this point with Cheap Tunes Tuesday, it’s no secret I was influenced primarily by ‘90s music. But now and again, I come across a group I know and end up shocked when I look at the scope of their overall success. Today’s featured act was obviously huge, but with nearly 75 million albums sold worldwide, they’re in contention for musical Mt. Rushmore status.

In 1990, a record producer in Atlanta, Georgia and one of his teenage clients, Crystal Jones, came up with an idea for a girl group. Unlike what was common at the time, they were thinking a tomboyish, hip-hop influenced contemporary group. A call was put out and fortuitously, Tionne Watkins and Lisa Lopes answered. They both had recently moved to Atlanta from Iowa and Pennsylvania respectively, looking for work. Going by the name “2nd Nature”, the group began working with mega-producer Jermaine Dupri on demo tapes.

The trio met with singer Pebbles Reid who had started her own management/production firm. She was impressed by the trio and renamed them TLC—the acronym for their first names. Pebbles introduced the girls to her then-husband, L.A. Reid who ran LaFace Records. He saw potential in T and L—but not so much in C, feeling she should be replaced. They didn’t need to look too far. Another act in the LaFace umbrella had a part-time backup dancer named Rozonda Thomas who was signed to the act in April of 1991. To continue to match the acronym, Tionne began going by “T-Boz”, Lisa by “Left-Eye” and Rozonda by “Chilli”.

TLC’s debut record dropped in February of 1992 and was a critical and commercial success. It has sold five million copies in the U.S. alone and scored three top-ten singles. In the aftermath of what should have been an exciting time, drama was swirling behind the scenes.

T-Boz was diagnosed with sickle-cell anemia—something they decided to keep a secret. Left-Eye also began dating Atlanta Falcons star Andre Rison with whom she had a tumultuous relationship. She eventually set fire to his home and was arrested and charged with first-degree arson. They also received nearly no compensation on the album and decided to fire Pebbles as their manager. Despite all this, their sophomore album had almost unrealistic expectations to be even bigger than their debut.

CrazySexyCool hit shelves in November in 1994 and the group had their fingers crossed that America still loved them. The album debuted at No.15 on the Billboard 200 selling 80k copies the first week. To date? Only a modest 20+ million albums sold worldwide. It was also nominated for six Grammy Awards, and TLC won two of them—Best R&B Album and Best R&B Performance.

This is one of those records that you couldn’t go a couple of days without hearing a single back in the mid-90s. While there were certainly other R&B female artists out at the time, TLC was simply the most iconic and played. It took several months, but once the mega-single “Waterfalls” hit radio airwaves—and perhaps more importantly, MTV—the group had an absolute smash on their hands. The tune tackled issues such as violence associated with the illegal drug trade and the HIV/AIDS epidemic. Left-Eye also showcased her rapping skills, something fans hadn’t seen much of prior to that performance. Overall, the album was an edgy take on modern R&B music. They were young women talking about coming-of-age and showing their true musical talents. Those messages were likely why this album performed so well with teenage girls, the popularity and reach of CrazySexyCool was undeniable. TLC was looking to be a mainstay in pop culture.

While it took a while, TLC dropped another album in 1999 that saw solid success. Unfortunately though, they suffered from some from really bad representation—the more albums they sold, the more money they lost in fees to lawyers, producers and management. The tension lead to quarrelling among the three of them, and Left-Eye passed away sadly in 2002 in an auto accident. T and C are still making music and touring, but I’ll have to dip into that story on another day. Until then, give this one a shot. You’ve probably heard most of it before, so in essence you’re sticking to the rivers and the lakes that you’re used to. Don’t chase those waterfalls, better advice hard to find.