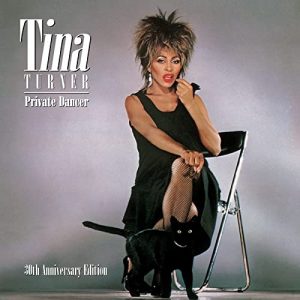 While I love music, I also watch a lot of movies and have subscribed to HBO for over a decade. I stumbled across a documentary a few weeks back that reconnected me to a classic artist. Somehow, I managed to forget about this absolute icon and was excited to dig back in.

Anna Mae Bullock was born in November of 1939 in Brownsville, Tennessee. Her dad was an overseer of sharecroppers at a local farm, and her mom stayed home with Anna and her two sisters. Anna recalls picking cotton there at an early age but was separated from her parents shortly thereafter when they relocated to Knoxville to work at a defense facility during WWII. Anna and her sisters stayed with her paternal grandparents who were very strict and religious.

Post war, the whole family was reunited, and Anna hoped to live a more ‘normal’ childhood. She sang in the church choir and things were going well, until age 11 when her mom ran off to escape her husband’s abuse. Two years later, her father remarried and moved to Detroit—so Anna and sisters went to live with her maternal grandparents this time. Finally at 16, her grandmother died, so she moved to St. Louis to reconnect with her mom, whom she felt never loved her and never wanted her. Needless to say, it was a tough go.

After high school, Anna and her sister started to visit nightclubs in the area. She first saw Ike Turner take the spotlight in East St. Louis and somehow got backstage and asked to perform for him. He turned her down, but eventually Anna got the courage to steal the microphone during an intermission. Ike heard her and invited her to sing the rest of the night. From 1960 through the mid ‘70s, Ike renamed her Tina and the duo made music history worldwide. The two had many issues of their own, but today I want to focus on Tina’s solo career and the aftermath.

Tina was making money by making television appearances and releasing albums, but her stardom appeared to be fading—especially with her nasty breakup with Ike causing public lawsuits from cancelled shows. Until 1983, Tina was a nostalgia act, touring hotel ballrooms and clubs …until she released a cover of Al Green’s “Let’s Stay Together” that became a hit in the dance hotspots. Following that success, Capitol Records green lit an album for her. Private Dancer hit shelves in May of 1984.

The release marked a drastic change in style for Turner. Her wheelhouse had been traditional R&B and this was a much more upbeat, almost pop album with some rock and R&B mixed in. Her vocal was so good, one critic noted it “melts the vinyl”. The album shot all the way up to No.3 on the Billboard 200 and stayed in the top ten for 39 weeks. It has sold nearly 20 million copies and was remarkably popular in countries like Canada, Germany, and the U.K. It spawned seven commercial singles, many of which are still standards on classic pop stations to this day. Tina would win four Grammy Awards in 1985, including records of the year and song of the year for mega single “What’s Love Got To Do With It?”

Without question, I’ve never listened to a Tina Turner album before today, but certainly knew most of the songs featured on this record. Even after decades of high-stress performances, her voice never lost a beat. This album makes you feel what Tina was singing about, because her vocal talent is second to none. There’s no misunderstanding why the album catapulted her career once again into the mainstream and turned her into the absolute icon she’s considered to this day. I’m thankful to have come across the documentary simply titled “Tina” on HBO and reconnected to Private Dancer. It might not join my personal Mt. Rushmore of albums, but it very well could for you. Happy Tuesday!