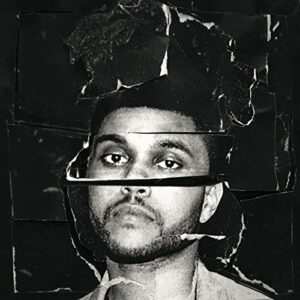 No one wants to feel like they missed the boat on an exciting, new artist. One day you’re listening to yesterday’s news while everyone else is talking about the next big thing. I was definitely late to the party with today’s featured act, not recognizing the talent until a solid year after he became popular.

Abel Tesfaye was born in February of 1990 in Toronto, Canada. He is the only child of two Ethiopian immigrants who moved to Canada in the late ‘80s. At a young age, Abel’s parents split up and he was raised by his mother and grandmother. From the latter, he learned his native language and attended similarly cultured religious services. While Abel never really got to meet his father after he started a new family, Abel holds no ill-will toward him. He does however describe his childhood as chaotic.

Abel got into drugs at a very young age and admitted to shoplifting as a means to afford his bad habits. He left high school before graduating and simultaneously left home. As a silver lining, he credits his current stage name “The Weeknd” from this life event. “After {he} left one weekend and never came home”. While there is some dispute on where it came from, it’s certain he modified the spelling to avoid trademark problems with an existing Canadian band with the proper spelling.

When Abel met a producer in 2010, they had an idea for a dark R&B musical project. Abel showed off his freestyle rapping chops over beats created by the producer. While the musical didn’t come to fruition, the duo would collaborate on an album that eventually The Weeknd would release under his stage name on YouTube.

While no one knew Abel’s identity, the music started to blow up, getting noticed by international media and iconic Canadian rapper, Drake. The Weeknd began dropping music and touring, to some amazing early success. It led to Republic Records signing him to a joint venture where he’d control is own label called XO. And today, I’m listening to his sophomore record released on said label, called Beauty Behind The Madness—which made its debut in August of 2015. It features collaborations from some high-end talent, including Ed Sheeran and Lana Del Rey. The album debuted at number one in several countries, including half a million sold in Italy in the first week.

Critically, the album was met with positive reviews. Many revered the crossover between modern R&B and pop music, something that hasn’t been done particularly well in a couple decades. Others praised the advancements he was making from one album to another, offering a deeper look at who he is and his overall style. For me, there are spots here where the music reminds me of someone like Michael Jackson—merging pop with tracks you can flat out get in the floor and dance to. But mostly, it reminds me of the slow jams you’d typically hear from an artist like Usher.

If the powers that be decided this album was good enough to win a Grammy Award, who am I to argue? It also sits on various “best of” lists for both 2015, and all-time bests in terms of R&B albums. It has sold nearly 10 million copies worldwide to date and, quite frankly, launched The Weeknd into another dimension in terms of popularity.

His most recent album came out just in March of this year and is similarly crushing it on the charts. In fact, he broke the record for Apple pre-sales, with over one BILLION users purchasing it prior to the release date. Just crazy numbers. Anyway, go back to his 2015 effort today, I know I can’t feel my face after picking it up today. Happy Tuesday!