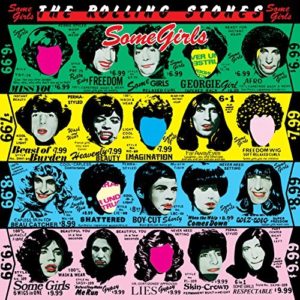 Keith Richards and Mick Jagger became friends in 1950 near Kent, England. After Mick’s family moved away, the two would reunite in the early ‘60s by happenstance at a train station. Richards noticed Jagger’s blues records in his bag and they started talking music. Mick already had a small band formed so Keith joined and they started playing smaller gigs. They played mostly blues covers at the time, even calling themselves The Blues Boys.

After some disagreements within the band, they formed their own group. Needing a name to start a smaller tour, they went with a tribute to a Muddy Waters song titled “Rollin’ Stone.” Billed as “The Rollin’ Stones,” (later changed to The Rolling Stones) they took a tour of the U.K. known as their “training ground” tour. Their manager used informal opinion polls with crowds, and made claims that in 1963, they were more popular with fans than the Beatles. That’s no small claim.

So much Rolling Stones history happened; they got a record deal and began making music for the masses. They were certainly one of the most popular bands of the mid ‘60s and sold a ton of albums. After going through a bit of a lull through the ‘70s, they came out with Some Girls in June of 1978. The exact goal of this album was to get the band back on the charts and make headway in the mainstream music space. The process worked, as it would go on to be nominated for a Grammy in the Album of the Year category, the only Stones album to achieve that milestone.

From a sales perspective, it’s their highest-selling record of all time, with nearly 15 million to date. Critically the album was an instant hit. Most felt it marked a return to the signature Stones sound people were used to from the ‘60s. In an era of punk rock and disco, this was a welcome addition to popular radio.

I’ll be the first to admit, The Rolling Stones are obviously one of the most influential and landmaracts of the 20th century. They have a million hits—but for some reason, they just never resonated with me like other mainstream iconic acts. That said, this album is an interesting genre bending record, with elements of rock, blues, punk and some country. Experimenting with sound may have gotten the band in trouble from a sales perspective, but this one totally rebounded against anything from that era. The lead single “Miss You” really was a brilliant response to the times. It’s got a stripped down disco beat to it, but still has that rock signature with a bit of a pop harmony. Maybe it’s not their best song across their entire catalog, but to create a song so perfect for the moment, they deserve all the credit in the world for constantly adapting their musical vision, over six decades now, going on seven.

Jagger and Richards are still going strong, touring and even creating new music from time to time. They are widely known for their live performances and while it may cost you a pretty penny, you should absolutely go see them if they come near your town. And as for today, at only a $5.99 price tag, pick Some Girls up today—it definitely won’t shatter your bank account.