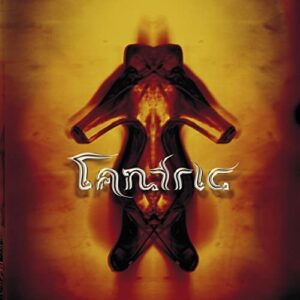 Change is inevitable. Some change leads to positive things and other times it can turn your life upside down. Today’s featured act came about from three men having their lives do a total 180—let’s see if it all worked out.

A few years ago I talked about a band called Days Of The New, and in spite of dropping an album and seeing major success from it, they broke it off and lead singer separated from the rest of the group. While the three guys knew immediately in 1998 they would start their own act, it took another year to find the right new front man. Enter Hugo Ferreira, whose baritone vocal impressed them while he was in a different band on a tour a couple of years prior. They had a practice together and when Hugo decided he needed to move on from his old band, they all agreed the new foursome was a very natural and great fit.

The new group was match made in heaven, so it seemed. They started calling themselves C-14, but when they started to try to get their name out there, the feedback was unanimous—get a better band name. Enter Tantric—a new name for a new beginning for all four men. Very shortly after the change, their demo started to gain some serious attention on the Nashville area and Maverick Records took notice. They signed them in late 2000 and pushed them to drop their first record as soon as possible.

Tantric took to the studio and began recording quickly. Their self-titled debut was produced and recorded in Nashville and released in February of 2001. With only the regional buzz created, it debuted at No.193 on the Billboard 200, which isn’t so bad with no real lead time. It would eventually peak all the way at No. 71 and was certified gold by the RIAA in November. It got there backed by three pretty major singles, released in May, July and September of 2001. “Breakdown” was the tune that seemed to get the most commercial airplay and got to No.1 on the mainstream rock charts.

Critically, the album was a bit of a disaster. What attracted the band to Hugo was the fact he sounded so similar to the Days Of The New lead singer, and the group had a similar vibe. Critics panned that move, saying the new group was simply a carbon copy of the previous. They also drew comparisons to groups like Alice In Chains, mimicking their grunge dynamics. In spite of the talking heads, they would end up selling a couple million copies worldwide, which truly is no small feat given the quick turnaround.

Personally, I’m not sure what all the disdain was about. Is this going on the Mount Rushmore of music history? Of course not. But there are some really catchy tunes and ones that have stood the test of time. You can throw this album on today and it feels modern and still grooves. I would choose to focus on the commercially viable melodies and striking a solid balance between rock and pop.

This type of sound would really take off shortly after Tantric’s debut, so they may have simply been a touch too early to capitalize on it. And little did we all know, but this would truly be the ‘good old days’ for the band. They haven’t had the same sales success in subsequent albums, even with releasing six more studio albums. They’ve gone through at least thirty other band members over the years, with Hugo being the only one left from the original lineup.

Even if their popularity was fleeting, if you were listening to mainstream rock back in 2001, this will undoubtedly take you back to that era. For many, it was a simpler time— and sometimes that feels nice to reflect upon. Give Tantric a shot today, you might just find yourself astounded at the much-needed distraction it provides on this day in history. Happy Tuesday!

Celebrating the Day of the Dead
Cheap Tunes Tuesday: Silverchair