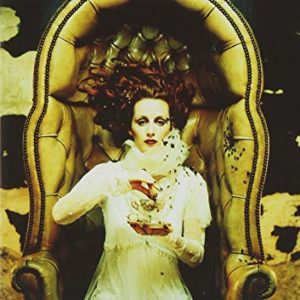 Getting a request from a reader makes my day so much better. And a couple weeks ago when I received a request to discuss another English singer after writing about James Blunt, I nearly lept out of my chair. And since it’s new music to me, it’s even more exciting—let’s dive in!

Siobhan Donaghy was born in June of 1984 in London, England. She’s of Irish decent, and has two sisters, one of whom is now her make-up artist. She attended a Roman Catholic school growing up, where she began to show some musical talent. When Donaghy and a group of friends were in sixth grade, they performed in a talent show. A administrator in the school was impressed—and also had a connection to famed-manager, Ron Tom who was overseeing the English-Canadian girl group All Saints.

Tom had Donaghy come to the studio with another singer Mutya Buena—and those two met up with Buena’s best friend, Keisha Buchanan. The studio time was so electric, they all agreed to form a trio and call themselves the Sugababes. Their first single was a top-ten hit in the U.K. and was nominated for a BRIT Award for Best Single. While the group had success over five years and released seven studio albums, things were always a bit contentious behind the scenes. Donaghy left in 2001 because she never got along with Keisha, describing her as a bully. She became clinically depressed and decided to start thinking about a solo career.

Donaghy began to write music in 2003 to help overcome her depression. Working with producer Cameron McVey, she began performing under the name “Shanghai Nobody”—an anagram of her actual name—to potentially avoid being discovered. Her first solo album was released in September of 2003, to some solid success and no longer under an alias. After an issue with the record company, she began looking to release another album independently. Enter Ghosts, which came out in June of 2007.

The album peaked at #92 on the U.K. charts, received significantly more media attention than her debut, and received unanimous crucial acclaim. Two singles also had charting success, but overall people near her still deemed the album a commercial failure due to overall lack of sales. Part of the problem had nothing to do with her talent. Upon initial release, all the CD’s shipped to shelves were recorded with errors, and they all had to get pulled. So, while her album should have been promoted with all the other “new music”, it never was—and by the time stores got corrected copies, it was almost old news. Some stores even declined to accept shipment of the corrected album, due to all the headaches the original shipment caused.

Certainly, I’ve discussed this before, but I adore music that thinks outside the box. And this checks that box 100%. It’s so different than anything I’ve listened to recently, that I immediately enjoyed it—and this is despite the less than great recording I had access to  (the album wasn’t available on my typical streaming service). It’s electronic, pop, soul, folk—all wrapped up into one big box. Siobhan’s vocal is outstanding, the beats behind that vocal are also top notch. A track like “Don’t Give It Up” stands on its own two feet and could easily chart on the Billboard 200 today if it was re-released. Perhaps the electronic piece isn’t emphasized more than “Medevac”, which might be my favorite on the record. It’s really solid start to finish, and I can’t think Patrick for this suggestion enough. Ghosts is probably going to see time in my regular rotation, which is really saying something, since I can’t listen via my normal means.

It has been a great year so far as it relates to trying out new music. It’s March already, hard to believe, but we’ve listened to some really cool, unique stuff. Hopefully you have something else for me to try, I’d love to listen. In the meantime, give Siobhan a shot today. It might have you seeing ghosts with how much you love it.

NCPW: A great excuse to refresh your memory and learn new things
Next level movies arrive On Demand