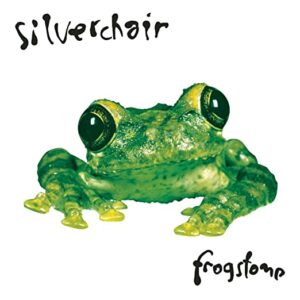 The kangaroos, koalas, and coral reefs makes Australia seem like a beautiful place to take a trip. Maybe one day I’ll take the full-day plane trip down under, but for today, I’ll have to settle for one of their homegrown bands—one who you might just be more familiar with than you realize.

Ben Gillies and Daniel Johns went to the same grade school in Newcastle. As young teens, they started making music together—once even building a stage out of desks and playing music and dancing for their classmates during class. Upon reaching high school, Chris Joannou joined the duo and they started calling themselves Innocent Criminals. People enjoyed them enough the band started to get gigs around the Hunter Region. They’d mostly cover Led Zeppelin, Deep Purple and Black Sabbath songs. In 1994 they entered a national competition and took first place—even beating out many bands with older members.

They recorded four demos because of that first success, and ended up entering one of them into another competition called Pick Me. It was conducted by the Australian Broadcast Company and their radio stations. Innocent Criminals would go on to win with their demo single “Tomorrow”. Their prize? A professional recording and music video made of the winning track.

For the broadcast of the video, they decided to change their name. Channeling their inner C.S. Lewis fan, they choose Silverchair based on his novel The Silver Chair from the Narnia series. They’d soon find themselves in a bidding war between rival labels, ultimately signing with Sony Music on a three-album deal. Their winning single would spend six weeks at No. 1 on the Aussie charts, and new versions of the single and music video were made to ship to the U.S.

Their debut album Frogstomp would debut in March of 1995. Recording only took nine days, with little or no effects added. How they sound on the album is how they sounded in studio. Given that, at this point, the Silverchair members were all only fifteen years old, they knew it wouldn’t be the most sophistically written album in music history. Where did the name come from? Daniel Johns explained he was looking through a record exec’s album collection and he found an old ‘60s pop album. They laughed at it, imagining it was a ridiculous thing to listen to and then noticed the artist had a song titled Frogstomp. After laughing themselves silly about it, they decided to use it.

The album would dominate the Australian charts and in June of 1995 it debuted here in the U.S. While it failed to chart, the album has sold nearly five million copies in the U.S. alone. Critically, the album was a solid hit. Most noted their young age, but still set the bar high in terms of their instrumental capabilities. Johns’s vocal would have you convinced he was a man in his late 20s who’d been belting out gravely tunes for a decade. Most everyone felt that this band was simply going to erupt once they became adults and took on management other than their parents. The album has made so many ‘best of’ lists from that era, even without any caveats. But when you note the age, it’s almost a masterpiece. One critic called it “as good as it gets” for a group of kids that young. I’d struggle to disagree with any of that. It’s an album that somehow, I never picked up start to finish when in that era, but it will make my earmarked albums going forward.

Silverchair never did see that same success after the debut but did have a successful career in their own right. They’d make it to 2000 and take an extended hiatus, return for a few years and then call it a career. In 2011 they all indicated that after 20 years it simply stopped being fun, and they were putting Silverchair into “indefinite hibernation”. But no worries, give this one a listen today. It’s better than you may, or may not, remember. Happy Tuesday!