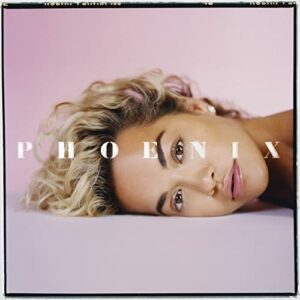 I decided to go a different route this week—today’s featured artist has never come across my radar. I was watching “That’s My Jam” on NBC starring Jimmy Fallon, and I was inspired to take a listen to one of the musical guests. Maybe this will be new for you as well, so let’s dive in together!

Rita Sahatciu was born in Pristina, Yugoslavia (modern-day Kosovo) in November of 1990. Her parents were Albanian—her mom, a psychiatrist and her dad, a pub owner. Rita was the middle child, with an older sister and a younger brother. Her last name is derived from the Turkish world for watchmaker, but her parents would later go by the world “Ora” which is Albanian for time because it was much easier to pronounce. The family left Kosovo for political reasons, as Albanians were being persecuted. London, England became their new home, and Rita’s family moved when she was just a baby. She began performing at open mic sessions at her dad’s pub, showing enough promise to attend a performing arts school in London. At age 18, Rita auditioned for an “American Idol”-esque show but withdrew citing she “did not feel ready” yet. She’d end up hiring a manager who worked with other European pop stars (Ellie Goulding, Jessie J, and others), who promptly got her in touch with American label Roc Nation.

That connected generated some buzz for Rita. She starred in Jay-Z’s video for “Young Forever” and Drake’s “Over”. She immediately hit the studio and recorded an album, but Roc thought it better to not release it. Instead, they sent her back to the studio to work on other material. In 2011, Rita began releasing covers and videos on YouTube. Her vocals began getting noticed and other artists started calling Rita for backing and collaboration tracks. Her debut album was released in 2012 and saw solid success in the U.K. Just when her star began to rise, she and Roc Nation sued each other—ultimately settling in 2016. Thankfully for Rita, Atlantic Records stepped up almost immediately and got her into the studio. Phoenix was released in November of 2018, which was two years in the making. They recorded the album in over twenty different studios from Los Angeles to New York City and then in London and Stockholm—just to name a few cities. The litigation with Roc Nation had caused delays, but would they end up impacting album sales?

The short answer is no.

Unlike her debut, the album charted in the U.S., getting up to the 70s in on the Billboard 200. She’s sold a couple million copies worldwide to date and it’s certified Gold by the RIAA. Critically, reviews across the board are positive—it seemed most were expecting a basic pop record, but Phoenix turned out to be way more dance-pop than anything else. Some of the beat work on the album is top tier, especially for it not being part of the electronic genre. Rita collaborated with some heavy hitters on the album, with names like Avicii, Cardi B and Ed Sheeran just to name a few. Her vocals really draw you in, the beats get you to stay, and the album runs about forty minutes which feels over in a heartbeat. It’s a really solid album to listen to while on the road, since it gets your toes tapping and maybe to sing along once you get to know the lyrics.

Rita Ora is just scratching the surface of her success as a music star. Not hearing of her before the television show, she seems to have a personality to match her vocals. She’s gotten involved in other acting opportunities as well, especially in England. Sounds like another studio album is coming soon too—so keep an ear (and an eye) out for her!