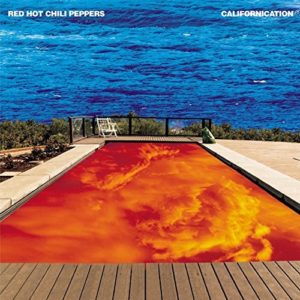 Short work weeks like this one are in and of themselves a great thing—but you throw on some good tunes, and your extended holiday weekend can feel even longer. Today’s band has been jamming out for almost four decades, and they are certainly capable of rocking you through the week.

Four guys from Fairfax High School in Los Angeles, California started a band back in the 1983. Influenced by punk acts, they wanted to put their own twist on both the punk and the funk scenes. Playing gigs in front of tens of people, no one expected much, but the performances were so high energy that club promoters kept asking them back. In November of that year, they were offered a seven-album deal with EMI Records—but half the band considered this a side project and left the group.

Now calling themselves the Red Hot Chili Peppers because of their stage presence, they needed to recruit a couple new members. While they did release their first album in 1984, sales were limited and forced further lineup tweaks. For the next half a decade, the band battled issues with addiction and the death of one of the original members. What seemed like such promise appeared to be heading toward the wayside.

Catching a huge break in 1990, the band was in demand after a modestly successful record. They signed with Warner Bros. Records and were slated to work with famed producer Rick Rubin. That led to their breakthrough record “Blood Sugar Sex Magik” released in 1991. Having sold nearly 20 million albums to date, the band was permanently on the map.

Today I’m listening to Californication released a few years later in June of 1999. Red Hot Chili Pepper’s (RHCP for short) seventh studio album, they continued to see success working with Rubin and Warner Bros. They took a big risk with this one, changing styles from the high spirit, up-tempo music to a more reflective and spiritual album. Lead singer Anthony Kiedis was credited for really working on vocals, and coming across more polished. Most critics appreciated experimentation, but it wasn’t unanimous. The fans spoke, however, and this is the highest selling RHCP album to date, with nearly 22 million worldwide. Rolling Stone has it at #399 on the 500 Greatest Albums of All Time.

The Chili Peppers simply seem like a band everyone knows. Maybe you don’t listen to them every day, but when a song comes on; you turn the radio up a bit and sing along. Their blend of funk and pop and punk rock is certainly unique—I can’t think of anyone who has done it to such success. With nearly 100 million albums sold to date in total, they’re a sneaky high-selling band too. They’ve been nominated for 16 Grammy Awards and won six of them. Per the Billboard Alternative Songs Chart, they hold various records: most number one singles (16); most cumulative weeks at number one (87) and most top-10 songs (25). They still tour, and they have another record due out soon. Bassist Flea is releasing a 400 page memoir this year as well, documenting his life and the 35 years RHCP has been doing their thing—likely a very interesting read.

Sometimes I feel these guys sort of got lost in the wash of the grunge movement in the early-mid ‘90s and then the punk wave of the 2000’s. They never really fit either of those molds, but I think that’s what has given them the staying power while many of the other bands no longer exist. This album is so worth your hard earned $5.99 today—you’ll feel like you’re on a beach in California with the ocean breeze whipping through your hair.