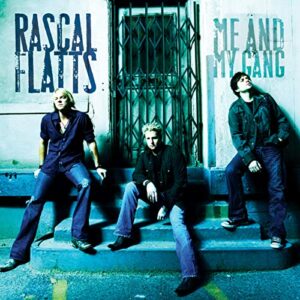 They say all good things must come to an end. In the music business, sometimes that means things end…but then the band makes a triumphant return to the stage when the group gets over whatever caused the split to begin with. Today’s featured act called it quits after twenty-one years performing together just this year.

It was 1999 and, sitting inside of the Fiddle and Steel Guitar Bar in Nashville, Tennessee, Gary LeVox and Jay DeMarcus—who were second cousins from a musical family—decided to start a band. Jay had earned his first record deal seven years prior as part of a Christian group and he also had connections to Joe Don Rooney, a lead guitar man for a different band. When Gary and Jay had a gig one night, their part-time guy couldn’t make it, so Joe Don filled in.

Magic was in the air and the entire group recollects a bond being formed instantly from that one performance. Shortly after, the trio put together a three-song demo and showed it to Lyric Street Records. The label felt it was “just incredible” and the band was signed a few days later. Calling themselves Rascal Flatts, their debut single reached No. 3 on the Billboard charts and the debut record has sold roughly five million copies worldwide to date.

Over the next five years, Rascal Flatts would release two more albums, and both would be certified platinum in the U.S. Today I’m listening to their fourth studio release, Me And My Gang. Hoping to keep their streak alive, it hit shelves in April of 2006. From day one, everyone knew they had a monster hit on their hands. It sold nearly a million copies the first week, went double platinum in the first month, and logged three weeks at No. 1 on the Billboard 200 chart—eventually becoming second-best selling album in that entire year.

Five commercial singles were created from the record—but it was a bonus track of a cover that got Rascal Flatts in front of a new audience. They decided to help with the soundtrack to the Pixar film Cars. They were asked to redo Tom Cochrane’s “Life Is A Highway”. Not only was the song a smashing success from the film, but it was so popular that later pressings of Me And My Gang included it as a bonus track. Despite the song not being a certified release on country radio stations, it still charted at No. 18 on the charts.

In 2006, not only did they sell over five million physical albums, but they also had another four million digital track sales—huge numbers, making them the top-selling artist of that year. When they hit the road supporting this album, they made over $46 million from the concerts alone. The band started to become very well known for their tours—having heavy special effects, pyrotechnics and laser lights at all of their shows.

From 2004 to 2012, it’s documented Rascal Flatts sold over seven million tickets to their shows, making them one of the top-selling country music acts in history. What an incredible run. When you put on an album, it’s easy to hear why they’re so popular. They blend country and easy listening pop to near perfection. Probably leaning almost a bit more toward the latter genre.

On January 7, 2020, the band appeared on CBS This Morning to announce their farewell tour—saying goodbye and celebrating their twenty years together. To accompany that, they promised new music to go along with it. On May 19, everything got put on hold due to the COVID-19 pandemic. Will they decide to jump back in the studio or continue the tour? Stay tuned! But until then, kick back and enjoy their catalog. Happy Tuesday!

TDS Fiber in Stoughton, Wisconsin
5 Security mistakes you might be making