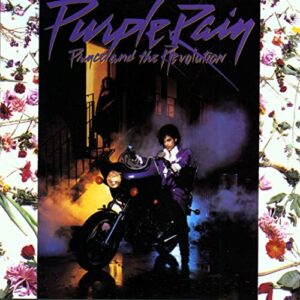 Being an innovator is risky—some will grow to love your risk-taking while others will never respect your lack of conformity. Today’s featured artist integrated varieties of just about every music genre into his sound, and had one of the most eclectic and well-respected music careers of anyone in history.

Prince Rogers Nelson was born in Minneapolis, Minnesota on June 7, 1958. Mom was a jazz singer and dad was a pianist/songwriter. Prince was named after his grandfather, who performed as part of the Prince Rogers Trio. As a child however, he disliked the name, instead encouraging people to call him Skipper—a name that stuck throughout his childhood.

Given the family history, it’s easy to see how Prince and his sister got into music at young ages. He wrote his first song on the piano at age seven. His parents divorced when he was 10 years old, and his mom quickly remarried. It was the stepdad that took Prince to his first James Brown concert, and provided the family with more stable finances. Going back and forth between houses, Prince’s biological father bought him a guitar as an incentive to live with him full time. That only lasted a short while, so Prince stayed in a neighbor’s basement, where he’d meet the son who’d be a future collaborator in his music.

Glossing over A LOT of history and background, he essentially got his first break at age 19 when he was signed to a management contract with a music producer. Shortly after, he got signed to Warner Bros. and moved to California to focus solely on music. His first album was released in 1978 and saw a lot of success through 1983, including Grammy Award nominations. However, it was June of 1984 that saw everything change for Prince’s career.

Purple Rain, his sixth studio album, was released as a soundtrack to a film sharing the same name. It marked a slight shift in his musical style, widely considered the most pop-oriented piece in his career. But it was also his first dive into a more experimental record, something that would end up being somewhat of a signature for Prince going forward. It would become Prince’s first album to hit no. 1 on the Billboard 200 and it spawned five commercial singles. Prince and his backing band The Revolution would go on to win two Grammy Awards, and subsequently an Academy Award for Best Original Song Score.

Critics noted the innovation of the record, namely the bassless megahit “When Doves Cry”—something most felt would never work on commercial radio. It was also one of the first records to blend the popular synthetic sound with organic live instrumentation. From a style perspective, as noted above, it almost transcended a genre label. You can hear elements of funk, soul, R&B – all while Prince’s guitarwork was something out the school of Hendrix. The results were successful, putting it mildly. The album has sold thirty million copies worldwide to date, making it one of the best-selling in music history. It’s on virtually every list imaginable, including the Grammy Hall of Fame and was added to the Library of Congress.

Prince released nearly forty studio albums and sold well over one hundred million copies over a couple decades of making music. Rolling Stone listed him as the 27th best artist of all time. He had an amazing vocal range and could hold his own on just about any instrument every created. Sadly, he passed away in 2016 as a result of an overdose stemming from his health issues and addictions. While this post barely scratched the surface of his life and legacy, give this one a shot today. He only wanted to see you laughing at the purple rain.