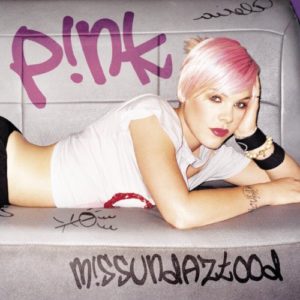 Large group musical acts fail all the time—there isn’t anything unique about it. Usually though it’s lack of sales or consumer interest that cause either retooling or the ultimate failure: dissolution. It’s not particularly common to get a record deal, have the label suppress the release, and tell the lead singer to ditch the group or go home.

Alecia Moore was born in September of 1979 in Pennsylvania. Her mom was a nurse and her dad sold insurance. Alecia grew up with a mixed heritage background and developed asthma at a young age which proved to be a constant health battle. Her parents divorced when she was 10 years old, and Alecia found solace in singing and music. In high school, she joined her first band and entered a the battle of the bands competition. Her band didn’t win, and instead of getting better, they all decided to quit. Feeling trapped, Alecia turned to writing lyrics, saving them for someday if she became a star.

Alecia began performing in local clubs around Philly under the stage name Pink. She’d gotten the name from character Mr. Pink from Quentin Tarantino’s Reservoir Dogs due to her extreme views and drastic lifestyle changes. At 16 she and two other teenage girls formed an R&B group called Choice. A copy of their lead single was sent to LaFace Records in Atlanta and heard by famous producer L.A. Reid. He flew the group to Atlanta and signed them to a record deal. Choice recorded an album that remains unreleased to this day—but Reid at a Christmas party pulled Pink aside and gave her an ultimatum: “go solo or go home.” Choice disbanded shortly thereafter.

After the band breakup, Pink signed a recording contract with LaFace and Pink began working with some major players, including Babyface and Tricky Stewart. Her debut album was considered a success, in spite of mediocre chart results. But, in 2001, there were some drastic changes for Pink. She was featured in the cover of “Lady Marmalade” for the Moulin Rouge! soundtrack, for which she won a Grammy award. Inspired by the track, Pink decided to move away from the cookie cutter pop act and try a more serious songwriter album. Enter M!ssundaztood which was released in November of 2001.

Pink recruited 4 Non Blondes lead Linda Perry to help write the new record and moved from the teen pop image up to the contemporary pop scene. Although L.A Reid was initially frustrated with the direction of the change, he eventually was sold on the idea of letting Pink reinvent herself. The move worked. In 2003 she was nominated for two Grammy Awards and sales to date are beyond solid—almost 15 million worldwide. A positive review almost across the board, the album was a smashing success.

Pop music generally sounds all the same to me but Pink is an exception. Her style and vocal are incredibly unique, so when a song comes on the radio, you know it’s her. She also has historically tackled some subjects that most pop acts wouldn’t touch. The more adult content may limit her audience a bit, but with close to 50 million albums sold worldwide, it’s not hurting her too much. Listening to this album is a good place to start in her catalog, since it’s the first look into this persona, one she sharpened and made better over the years. She’s now known for so much more than music—but that’s what put her on the map and she hasn’t forgotten that. She has a new album due out this week in fact, her first since 2012. She’s also been listed as the inspiration for several more recent female artists, including Kelly Clarkson, Taylor Swift, and Katy Perry.

Even if early 2000’s pop wasn’t in your wheelhouse, give this one a listen. It’s pretty diverse, showing off some R&B, pop, county and even gospel style roots. Pink is a truly unique talent, and we should all celebrate that. For $5 bucks you can’t misunderstand, that’s a great deal.