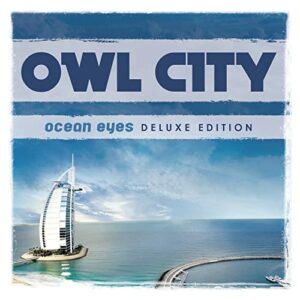 The theme from last week regarding stadium anthems is revisited this week. When I attended another game at Madison, Wisconsin’s Camp Randall Stadium, thousands of students turned on their cell phone camera lights in unison to get the in-house DJ to play a song. Their request was noted, and what happened after was the influence of music.

We start today by talking about Adam Young. He was born in July of 1983 in Ottumwa, Iowa and moved to Owatonna, Minnesota where he’d attend school and graduate high school. Not having a musical interest at the time, he took a job at a Coca-Cola shipping warehouse. For various reasons, he was suffering from insomnia, so he began composing music to clear his mind. He decided releasing those little ditties in his head would be a good stress reliever. Adam picked up a microphone and some top-notch computer software and got started on his musical journey. Recording in his parent’s basement, those results ultimately ended up uploaded to Myspace where he started to generate a decent following with favorable reviews. That very approachable and accessible virtual presence is inarguably what made him into a desired star.

Adam came up with the name Owl City as his ‘band” moniker—citing either his sister having a pet owl once that got loose in church, or the 1962 short film An Occurrence at Own Creek Bridge. He hired a manger and signed to a small label. After an EP release, his debut album released in March of 2008. While it was some success on the electronic charts, it was truly just his intro into the business. It was enough of a solid effort that, combined with his social media presence, Universal Republic took notice and signed Owl City to a more lucrative deal. In spite of the label wanting to turn Adam into the next big producer, he stood firm and held to his roots.

Adam went back to the basement and created the sophomore effort Ocean Eyes which listeners got a taste of in July of 2009. Debuting at No. 27 on the charts—not the electronic, but the Billboard 200—they knew instantly they had something better. The lead single “Fireflies” was chosen as the single of the week by streaming service iTunes. That led to nearly a million downloads in less than seven days and subsequently Own City having the No. 2 selling album on the service.

Since the album doesn’t conform to the standard genre billing, it was critically mixed. Some loved the open soundscapes Adam had created, but major publications like Rolling Stone calling it “disappointing”, criticizing the slower melodies and calling some tracks “just mush”. Twelve years later and what’s the biggest review I can personally share? Roughly fourteen thousand students who were influenced heavily by the song when it first hit radio—so much so that they turned their aforementioned lights on, illuminating an entire football stadium to hear a song. And when that song played? Magic. It’s the second time it has happened this year, and you can find videos on YouTube—but even as the song cuts out, the students keep going belting out the chorus with their lights waving in unison. That type of moment has to give you goosebumps, and especially if you’re Owl City.

If you’re a loyal reader, you already know I’m a sucker for electronic music (and if you have any requests, please send them my way), but this is good and a fun listen—so much so, I’m excited to listen to more of Owl City and Adam’s various other side projects. Cause everything is never as it seems— Happy Tuesday!