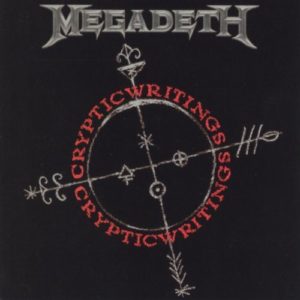 What happens when you get kicked out of one of the most prominent bands of all time? Do you pack it in and call it a career, or do you move on and try to recapture the lightning in a bottle with a new band? Today’s featured artist may not have the same household name recognition of that prominent band, but their impact on music history and the hard rock genre is certainly second to none.

Dave Mustaine was the lead guitarist for Metallica when the band formed in 1981. He has writing/production credits on four of the 10 songs from their debut record. However, substance abuse problems plagued Mustaine and led to conflicts between him and the other members. After his expulsion from Metallica, Dave decided to form a new band— one that would compete directly with Metallica, but in his eyes, would be more powerful than they could dream of being.

Mustaine and bassist David Ellefson formed Megadeth in Los Angeles in 1983. He said the name represented the annihilation of power, one he picked up from a pamphlet left on a bus from California senator Alan Cranston and his discussions regarding nuclear war and peace.

In 1985, Combat Records gave the Megadeth $8,000 to record and product their debut album. After spending half on drugs, alcohol and food, the band fired their producer and finished it themselves. While full of technical flaws, the recording gave the band solid footing in the metal circles and gave them a shot with a major label.

Today I’m listening to their 7th studio release, Cryptic Writings released in June of 1997. This was a fairly monumental release for the band, as it was their first effort to clean up their song structure style and lyrical content for more radio play. They hired a new producer and recorded in Nashville, Tennessee in hopes of learning some new tricks. Mustaine credits learning the marketplace and understanding radio strategy for their commercial success. He indicated the new management told them how to study what’s current without losing their metal integrity, and not risking their dedicated followers becoming jaded on a new sound.

What I’ve always enjoyed about listening to Megadeth, is that their music never feels rushed out the door. By that I mean Mustaine always struck me as somewhat of a perfectionist, and his recordings make you feel like years were spent making an album. While metal certainly isn’t a genre for everyone, if you’re a fan of hard guitar work, fast-paced drumming, and music with an edge, Megadeth is one of the best.

While Metallica might be the name everyone knows when it comes to that style, Megadeth for me is like a 1B—and in some respects, did and still does things Metallica never could. This is a nice album to get yourself acquainted with the band, and perhaps hard rock in general. It’s a nice common ground between the softer bands and the ones that scream into the microphone for an hour.

The band has sold well over 15 million albums worldwide to date and is still going. Mustaine is listed as the 19th best guitarist of all time by Guitar World magazine. For those reasons alone, give Cryptic Writings a shot today. Five bucks to perhaps familiarize yourself to a different genre—that’s a nice Tuesday.