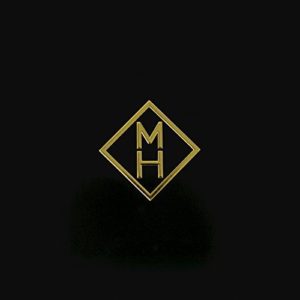 One of my favorite things is telling a friend about a new band that came onto the music scene with a great single or album just hitting stores. Of course, music is so subjective—unless the person you’re talking to has a shared love of a similar sound, it can really be a toss-up relative to whether they like it—but that doesn’t mean they shouldn’t give it a try. Today’s artist is pretty new on the scene, and I was excited to give it a listen today.

Watching some playoff football a couple weeks ago, I saw a commercial for Apple AirPods with a gentlemen dancing down the street very unusually to a song I wasn’t familiar with (here it is on YouTube). The song had a nice beat and feel to it, so I checked it out, and lo and behold, it’s an artist named Marian Hill.

Contrary to what the name suggests, it’s not a single female artist—it’s actually a songwriting duo consisting of producer Jeremy Lloyd and vocalist Samantha Gongol. The group’s name comes from two characters, Marian Paroo and Harold Hill from the musical “The Music Man.”

The pair hails from Philadelphia and began making music together back in 2013. In spite of releasing a couple of extended play records, they never really caught on in the mainstream. Marian Hill finally got a break performing on The Late Late Show with James Corden in September of 2015. The track they played, “One Time,” reached the alt radio Top 40 chart around Christmas of 2015.With that modest success, the band got a record deal with Republic and decided to start working on a full length album. Act One was released June 24th of 2016.

They have this sort of R&B meets electronic sound, with a little jazz saxophone mixed in—it’s a very unique sound. Gongol’s vocals are powerful, yet minimal and expertly mixed in with very robotic beats in the background.

Sales of Act One were slow, partially due to lack of marketing and getting added to the “dance” genre on major streaming services instead of R&B or pop. Enter getting a major push from an NFL playoff 30-second commercial and the duo is starting to blow up. One article said their page views on Spotify went from in the thousands to tens of millions the week after the ad aired.

So on this Tuesday, I’m questioning whether or not I should start shouting the band’s name from the rooftop or casually drop a reference to my friends who like electronic music. My first listen though this morning had me feeling like the album was a bit, for lack of a better word, amateur. Like it was a college art school project where a lady with solid pipes got together with a producer and they put some really funky arrangements together on their iMac.

It’s not to say it doesn’t have style, or score some cool points, because it does—some of the tracks are really unique and fun to listen to. My minor issue is it’s inconsistent; one track gives you a soulfully funky hook and the next comes across a bit awkward. Technically I think I give it a thumbs up, but artistically, they maybe need a slight bit of refining. Time will tell what I think after a second listen.

Regardless, new music is always fun to listen to, recommended or not. Cheap new music is almost unheard of so grab this rare opportunity pick up Act One for $5 bucks (Roger Goodell will thank you personally).

“Arrival” highlights new movies on TDS TV on Demand
How crackable is your password?