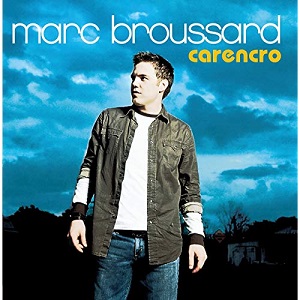 Regional music typically isn’t something that catches on, but when it does, you can be the icon of that area. When you think Pennsylvania as example, you think Bruce Springsteen. Or if you’re talking about New Jersey, you think Bon Jovi. Today’s artist may not have that sort of status, but when you hear the music, there is no doubt where he’s from.

Marc Broussard was born in January of 1982. Brought forth into the world by a musical family, you almost knew his destiny from day one. Dad was acclaimed guitarist Ted Broussard from the band The Boogie Kings and is in the Louisiana Hall of Fame. Marc grew up in Carencro and Lafayette, Louisiana and began writing music at a young age. After working on his lyrical style, he began taking vocal lessons. It was there Marc realized he might have found his calling.

He had a very unique vocal and everyone encouraged Marc to see that through. He began performing at local talent shows and in front of smaller crowds to positive reactions. He caught the eye of a local Christian rock band called Y. In 2001, Marc moved to New Iberia, Louisiana and was all-in. Unfortunately the band was very short lived, but it gave Marc a taste of the life.

Marc’s solo career started with the release of several independent albums. In 2002 he put out Momentary Setback on a very small label, hoping to get noticed by a larger one. The move worked, as one single caught the eye of Island Records. Marc hit the studio and reworked some of the songs he already had, plus came up with a few more to make a full record. Carencro was released in August of 2004 and was an obvious tribute to his hometown.

Bayou rock may not officially be a genre listed on the Billboard charts, but it should be. And if it were, Marc would be labeled such, and also listed as one of the singers that put the genre on the map. Since it’s not, it’s certainly got a blues and R&B feel to it, and his vocal just screams New Orleans. The lead single “Home” saw significant airplay on radio and music television, VH1 specifically. The single was also a rallying cry of sorts after Katrina hit roughly a year later.

Marc Broussard clearly isn’t the household name that I normally write about on Cheap Tunes Tuesday—but he’s a guy that’s been grinding for almost two decades and refuses to give up on the dream. He’s collaborated with some great acts like Randy Newman, LeAnn Rimes and Ben Harper in the past—but has graciously taken a backseat to those bigger draws.

“Home” was recently featured on the latest season of American Idol and covered by the eventual winner. I’d love to see Marc’s work get another day in the limelight, because there’s no doubt he’s got some talent. His most recent album came out in September of 2017 and hasn’t charted to date. From what I understand, his music is quite popular locally, and many of the natives call his music swamp pop—which is incredibly clever. Because he tends to have a softer feel for the most part, that appeal may stay local, but maybe Marc will have another smash hit down the road and he’ll get the fame he deserves.

Even if you haven’t heard of Marc before, give Carencro a listen today. If nothing else, it might open you up to a new genre that just might stick in your brain for a while. It’s never a lonely night in Georgia when you have great music, and Broussard certainly qualifies. Happy Tuesday!

What is Memorial Day really about?
Giving back to young students in Dane Country through JA