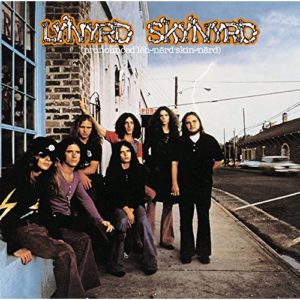 Hopefully my passion for music comes through reading these blogs—whether it’s new music or one of my favorite bands of all-time, I simply love listening to some good tunes. Today’s feature is a band I’ve talked about before, but the album I’m listening to today has to be in my personal top five ever—and many other publications/critics agree.

As mentioned in the previous post, Lynyrd Skynyrd formed in 1964 in Jacksonville, Florida. By 1970 they had become one of the more recognizable acts in the area and began touring, opening for national acts. Their southern blues rock standards were captivating to not only the folks in the region, but it turned out appealing to people even in the north—something they never expected. Despite a significant number of lineup changes in the early days, the band kept retooling to find that ‘perfect’ sound. By 1972, Skynyrd had their band fairly set and got their big break from MCA Records. During recording, their bassist left the band citing nervousness about the band getting big and achieving too much fame. A sub was called, but he’d rejoin the band after recording at the invitation of lead singer Ronnie Van Zant.

On to the good stuff: The debut album self-titled but stylized (Pronounced ‘Lĕh-‘nérd ‘Skin-‘nérd) was released in August of 1973. Backed by the lead single “Free Bird,” the band was seeing a huge growth in their popularity nationwide. They were invited to open for The Who’s Quadrophenia tour, launching them to even greater heights. (Think about that in hindsight, Skynyrd AND The Who in one night??) Eventually the album would get all the way up to No. 19 on the Billboard Hot 100 chart and sell a couple million copies—shockingly light for an album of this magnitude and one that has had such an impact on music history.

Due to the age, and frankly the lack of buzz around the band prior to release, critical reviews essentially don’t exist from that time. In retrospect, the reviews are pretty consistent, five stars—one of the best albums in music history. Rolling Stone even has them in their top 100 artists of all-time, very high praise and surprising, given their relatively short tenure.

Because I’m such a fan and listen to the band so frequently, it’s fascinating to hear when people don’t think they know anything by Skynyrd. You can simply toss this album on and likely they’ll know 3-4 songs right off the top. Then you throw in ‘Sweet Home Alabama’ and its lights out.

Countless tributes, covers and a future full-length biopic about the group, it’s obvious how much the ragtag group of southern rockers impacted the music landscape. After the plane crash and decade long hiatus, Van Zant’s younger brother took the lead and took the band back on tour. While an outstanding nostalgic experience, the luster and sound was never quite the same. That didn’t stop the legacy though, and the band toured for the last thirty years regularly. In 2018 they announced this year’s tour would be their last, and Lynyrd Skynyrd will finally take their official place on the Mt. Rushmore of music icons.

If you’ve somehow truly never experienced the band before, please give this one a shot today. It’s their best album to start with and is a great intro to southern rock. Paving the way for so many other artists to do their thing, this album deserves so much credit for influence, let alone the merits of how great it is. For $5 dollars, it’s almost like stealing, so go ahead and pick this up. No doubt after you put it on, Tuesday will be gone in no time and your day will fly by.