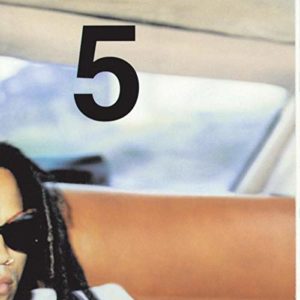 Judging popularity can be somewhat subjective. Sure, sales and radio plays are one way, but how people hear about your music can certainly have an impact on your following. It was once said, if you perform at the Super Bowl, you know you’ve hit the big time. Perhaps that’s watered down a bit over the years, but in 2015 today’s featured artist nailed it, to rave reviews.

Leonard Albert Kravitz was born in May of 1964 in New York City. Born to actress Roxie Roker (cousin to Al) and producer Sy Kravitz, it’s safe to say Leonard was more or less born into the performing business. Sy was a Green Beret and his brother was killed in action serving in the Korean War at the age of 19. Sy’s brother was named Leonard M. Kravitz, and he decided to honor his brother by naming his son after him.

Younger Leonard began showing musical aspirations at a young age. He’d bang on pots and pans around the house at age 3 and told his parents he wanted to be a musician at age 5. Shortly after, his parents supported lessons for Leonard on both the drums and guitar. He was exposed to nearly every type of music growing up, from jazz to soul to the modern pop of the time. At age 10, they moved to Los Angeles since mom got a role on the popular sitcom The Jeffersons. It was in L.A. that Kravitz joined the choir and also learned proper vocals. That same choir performed at the famed Hollywood Bowl which, combined with the rock concerts he later attended there, paved the way for his musical influence going forward.

Now going by Lenny, he struggled to find a label. Due to his mixed-raced background, labels felt he would be rejected by all cultures. After releasing a self-produced record, Lenny caught up with an agent who had worked with his mom years back. That man would manage Lenny going forward, and doors began to open. In less than a month, there was a bidding war for Kravitz’s tunes. Virgin Records signed him in ’89 and his second album went platinum.

Today, I’m listening to his fifth studio release, cleverly called 5 which was released in May of 1998. Initial sales were slow, and critically the early reviews were neutral to negative. But the album would go on to sell 10 million copies worldwide, and charted for nearly three years straight on the Billboard 200. Two of those years were in the top 100 which is remarkable. The album won two Grammy Awards for Kravitz – Best Male Rock Vocal Performance for the singles “Fly Away” and “American Woman.” He actually won that award four years in a row, from 1999 to 2002, setting a record for most consecutive wins in one category.

From a style perspective, Lenny’s music is a bit eclectic. It truly depends on which album you’re listening to—you might get a straight rock album, then soul, then funk and then maybe something like hard rock. This one in particular, is a little more laid back, and has almost a psychedelic soul feel in spots. He really embraced digital technology on the album, experimenting with samplers for the first time. Since he recorded a decent chunk of the album in his own New York carriage house, that comfort feeling shines through in the music. The highly regarded Guess Who cover of “American Woman” was a late add to the album after being featured in the soundtrack for Austin Powers: The Spy Who Shagged Me. That forced a second edition of the album to be released in 1999 – which also explains the two year window of commercially released singles. The unconventional move paid off, since it prolonged the album’s popularity and sales.

Kravitz is still out making music today, with an upcoming album and a soundtrack project in the works. He also started his own design firm in 2003. I always enjoy an artist who goes outside his comfort zone by trying new things and Kravitz has that in spades. Give this one a go today, the physical copy of the CD is a mere $4.72—an odd price for an eccentric fella. Those prices won’t want to make you fly away – but they may make your Tuesday a bit more exciting.