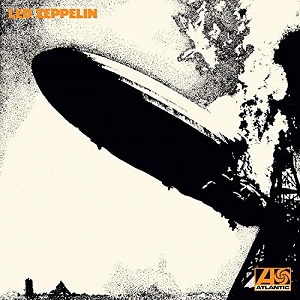 Silly as it sounds, I almost get nervous to write about iconic bands. Partly because when they’re toward the top on my list of all-time favorites I want to do a good job, but I also want to convey to readers their legacy is justified. Today’s featured act is definitely top 5 in my playlist, and hopefully will be in yours (if they’re not already).

In 1966 Jimmy Page joined the Yardbirds as a replacement bassist. Eventually moving to co-lead guitar with Jeff Beck, the band’s time was winding down and Page thought about creating a supergroup with Keith Moon/John Entwistle from The Who and Steve Winwood. The group never formed, and instead he searched for other members. Vocalist Terry Reid declined Page’s invitation to join, but he suggested up-and-comer Robert Plant. Robert brought drummer John Bonham with him, and John Paul Jones inquired about the vacant bassist position. Since Page knew him, he agreed to allow the other John in and the four-man band was set.

The fledgling group was actually touring together almost instantaneously because the old Yardbirds still had contractual dates to fulfill. They were calling themselves the New Yardbirds and working on new material. After a cease and desist from the original group’s lawyer, they had to come up with a new name. Back when Page wanted to start the supergroup, The Who members said, “it would sink like a lead balloon”. And Jimmy Page thought a zeppelin was “the perfect combination of heavy and light, combustibility and grace”—so the new name was created.

They signed a contract with Atlantic Records in November of 1968 and secured an advance for $143,000—the largest deal of its kind at the time. They had already been in the studio recording their debut album, simply called Led Zeppelin, when the deal came through. It was released in January of 1969 and only took only 36 hours of studio time to record. The rush was partially due to the high cost of time in the booth. Since recording took place prior to the contract with Atlantic, Page (and their manager) covered the expense 100% out of their own pocket.

Page was also responsible for production and he used a “distance makes depth” approach, using natural room ambiance to enhance reverb and texture. He’d place one mic directly in front of amps and drums, then one 20 feet away to create the effect. And because it was a live recording, Plant’s vocals bleed onto other tracks—which critics have felt years later was intentional—but it was solely because of the his incredibly powerful vocal abilities. It was also one of the first records to be sold ‘In Stereo’ only, without a mono version to choose from.

Partially because this was music no one had really heard before, this fusion of blues/gospel and dirty, heavy guitar (and also because the Yardbirds were so loved), this album was condemned by critics. Because of this initial poor press, Led Zeppelin avoided talking to the media throughout their illustrious career. However, in spite of the poor reviews, the album reached #10 on the Billboard charts and showed decent initial sales. Fast forward to today, and the album is considered a masterpiece and has sold roughly 15 million copies worldwide. The list of accolades runs so deep; I won’t even list them here. It’s considered top 10 all time on various publications lists, which is really saying something because their fourth studio album is nearly unanimously rated even higher.

Led Zeppelin simply changed music history, and this album was the start of it all. I know this album for me is half the reason I got into classic rock, thirty years after its release. There are so many things I didn’t touch on about the album and the band—but I’m sure I’ll feature another album in the future and can further discuss perhaps the most iconic band in history outside of that small John/Paul quartet. Until then, $7.99 is a steal for this today, and I don’t know how many more times I can say that. There’s no communication breakdown here, this album is legit—and you should listen to it today. Happy Tuesday!