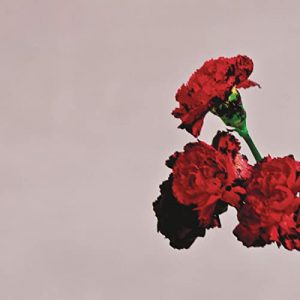 Awards don’t necessarily make the artist—but they sure can be an indicator they’re on the right track. If status was only measured in awards, today’s featured act might be the most successful entertainer in history. With Emmys, Academy Awards, Tonys, Golden Globes, and Grammys under his belt, it’s easy to see the diversification of talent is certainly there.

John Stephens was born in December of 1978 in Springfield, Ohio. One of four kids, his mom was a seamstress and his dad was a factory worker. At church, his dad played the drums and mom sang and directed the choir—with grandma on the church organ. This exposed John to music essentially since birth. He was homeschooled by his mother who also oversaw his piano lessons at age four. She was also the one who encouraged him to play in the church choir with the family at age seven.

He wasn’t only a prodigy musically; John was so smart he skipped two grades and started high school at age twelve. The challenge didn’t deter him, as he graduated on time, four years later as salutatorian. He was offered admission to Harvard, Georgetown, and Morehouse—but ultimately selected University of Pennsylvania. He graduated magna cum laude, participated in various organizations, and was president and musical director of a co-ed jazz/pop a cappella group. For one of their songs, John provided lead vocals on a cover of Joan Osbourne’s “One Of Us” that generated some serious buzz. It would lead to him getting introduced to Lauryn Hill and playing piano on her monster album The Miseducation of Lauryn Hill.

Upon graduation, John took a job at Boston Consulting Group, but on the side started writing, recording, and producing his own music. He released two albums independently, which were only available at his shows. In 2001, he was introduced to up-and-coming rapper Kanye West and was hired to sing the hooks on Kanye’s tracks. Needing a stage name, a poet J. Ivy told him he had “an old school sound, his music sounds like he’s one of the legends” so John Legend was born.

John would eventually start releasing albums under West’s GOOD Music label, and his star shined bright from that first release. Today however, I’m listening to his fourth studio album titled Love In The Future which hit shelves in September of 2013. It debuted at number four on the Billboard 200 and sold 100k copies the first week. Four commercial singles later, Legend was being introduced to new audiences. Specifically, the single “All Of Me” got him space on mainstream urban radio, exposing him to new stations and channels all over the world. It was Legend’s first No. 1 single and remains a contemporary staple to this day.

Critically, the album received nearly unanimous positive reviews. They loved how each song seemed meticulously crafted and speculated how laborious the process of making the album must have been. It was as though Legend wanted to give his fans perfection—and he came close.

Personally, I don’t listen to a ton of R&B/soul music on a weekly basis—only a single or two here and there. John Legend has certainly crossed my headphones before, but I’ve never listened to anything of his start to finish. Now that I have, there is no way this will be the last time I throw something of his on, and in fact I am excited to listen to his prior work. The songwriting is frankly second to none, and his vocal has this innate ability to draw you in and make you crave more. “All Of Me” is one of those songs you appreciate more each time you listen to it. And a couple other collaboration tracks bring elements of hip hop, jazz, and indie rock to the album as well. There’s something for everyone.

Legend has produced music for every medium—literally. He’s even nominated for a country music award this year for a collab with Carrie Underwood (you know, since all the awards in the first paragraph weren’t enough). He’s got 28 wins on 89 nominations across a dozen different award platforms. John has the respect of just about everyone, in every field and listening to this one today, it’s easy to hear why. Happy Tuesday!