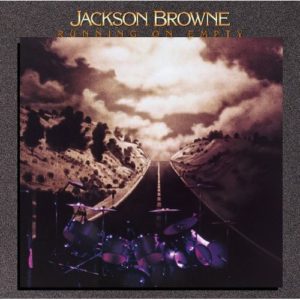 Some musical acts from decades ago are simply timeless. You can throw on ‘Hey Jude’ and despite that song approaching fifty years of age; it doesn’t come through in the music. Today’s artist has that type of sound—and today’s record is no exception. He may not be a household name per se, but when you hear his hits, you know it.

Clyde Jackson Browne was born in 1948 in Heidelberg, Germany. His father was a writer for the Stars and Stripes newspaper and mom was a Minnesota native. At age three they moved back to the states, inheriting his grandfather’s home in the Highland Park district of Los Angeles. The location cultivated his love of music, singing folk songs at local venues in his teens.

After graduating high school in 1966, he joined the Nitty Gritty Dirt Band. He performed at some higher-end clubs and opened for large acts at the time, like The Lovin’ Spoonful. Deciding the band scene wasn’t for him after just a few months, he moved to Greenwich Village, New York where he’d become a staff writer for Elektra Records. He’d still moonlight and was backup singer for the Velvet Underground, becoming romantically involved with band member Nico. After their split, he decided to return to LA and focus on his own solo music career.

In 1971, Browne signed with David Geffen and his Asylum Record label. Given his time in the industry, reputation for writing “mind-boggling melodies” combined with outstanding piano riffs, it didn’t take long for his first album to drop. Seeing solid success his first four records, today I’m listening to Running On Empty which was released in December of 1977.

Seeing immediate success, the album reached number three on the Billboard Pop Charts and charted for 65 weeks. Two singles breached the Top 20 and the record would receive two Grammy Award nominations in 1979. The album itself is a bit of a mashup, consisting of tracks recorded on-stage during concerts, in hotel rooms, on the tour bus and backstage. The theme of the record was supposed to give listeners a taste of life on the road. Given his previous album’s 3x platinum status, Browne was excited he could finally afford the session musicians he always wanted to join him on tour.

If you celebrate Jackson Browne’s entire catalog, this is a very unique entry in it. This album is unlike any of his others—which I believe made it the most endearing to fans. Having sold over 10 million copies worldwide, it’s his best seller by a fairly large margin. Some argued the concept lacked ambition and was a bit lazy, but the overall consensus was it was such a departure from anything else music lovers had heard before, the concept was a hit.

There is no doubt we’ve all heard “Running On Empty” at some point in life, and even if that’s the only song of his you’ve ever heard, this is an album you’ll enjoy. The laidback, acoustic nature of half the tracks, combined with the live stuff (that you don’t really know is live until the crowd claps at the end) is such a fascinating listen. If you want to be critical of the process or idea, that makes sense, but this album is so easy-going, I truly can’t imagine anyone not liking it.

Browne is still out there, touring from time to time and making appearances. He released an album as recently as 2014 and performed at the Grammy Awards in 2016. He’s another one of those artists who’s quietly sold a LOT of albums, over 25 million worldwide to date—perhaps none as intriguing and fun as this one, which can be yours today for a cool fiver. Prices like that, your wallet certainly won’t be running on empty.