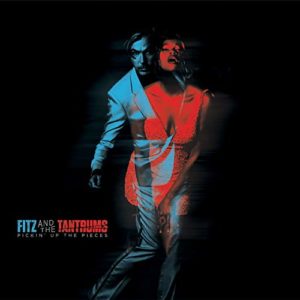 By Austin Krueger on September 3, 2019 in Online Life

Listening to new stuff has been so much fun recently; I’m going to keep the trend going this week. Albeit not necessarily a new band, it’s likely a name most aren’t familiar with. When I first heard them nearly a decade ago, it was a refreshing sound and I’m hopeful I’ll feel the same way revisiting them today.

In 2008, Michael Fitzpatrick wanted to form a new band. He purchased an old electric church organ and used it as inspiration to write a new song that very night. He’d just recently gone through a breakup and was having a hard time—he wanted a new band to be a creative outlet to provide a focus and direction.

He contacted his college buddy James King who suggested also bringing Noelle Scaggs and John Wicks on board (they played sax, sang and drummed respectively). The group would add a bassist and keyboardist and, according to Michael, the band clicked immediately. They played their first show in December of ’08 at Hotel Café in Hollywood, only one week after their first rehearsal.

They decided to create an EP, recorded in Michael’s home in Los Angeles. It was released in August of 2009 under the name Fitz and the Tantrums. It generated enough buzz they toured with Hepcat and Flogging Molly, and even spend eight nights opening for Maroon 5—not too shabby. They’d continue to play a crazy amount of shows across the country, and finally Dangerbird Records signed them in 2010.

The group hit the studio immediately and their debut album, Pickin’ Up The Pieces, was released in August of that year, charting at number one on the Billboard Top Heatseekers chart. The idea behind the music was to capture a bit of magic from the old Motown days and Fitz credits the old church organ for the esoteric properties of the band’s unique sound. Fitzpatrick seemed to want that Motown sound blended with two of his more current favorite artists, Radiohead and Jeff Buckley.

Critically, the album saw nearly all positive feedback. A writer from the Boston Phoenix referred to the band as a modern-day Temptations and the LA Times enjoyed the “punk attitude…makes the sound fresh”. The only slight dings on the record were the lack of substance in the lyrical content and Fitz’s performance came across as more of an act than genuine.

When you are introduced to a new style like Fitz and the Tantrums, it’s easy to not really know how candid it is. In this case, it doesn’t come across as phony to me at all. It listens like an amazingly upbeat album that would be simply a blast to see performed live. Many acts have tried to blend soul and pop over the last four or five decades, with some acts transcending those genres. This record has that similar appeal to it for me—it gets your toes tapping and has you singing along in the car or later in your head. It’s that contagious ear worm quality that takes a really solid effort and puts it over the top. This may not be the type of record that goes on to sell tens of millions of copies, but it’s one that I see myself consistently going back to. The catchy, upbeat nature is hard to deny, and sometimes in a cold, rainy day, you need that little bit of pick-me-up.

Shortly after this album debuted, the band went through a lineup change, replacing their keyboardist with someone new. It hasn’t deterred them whatsoever, as Fitz and the Tantrums have released two more studio albums to date. Each record has charted higher than the last, with the most recent (2016) creation skyrocketing all the way to #17. Take a mental note of these guys; you might just hear them headlining a monster tour someday. I got News 4 U, the winds of change are upon on us musically, and these guys might just be leading the revolution. Happy Tuesday!