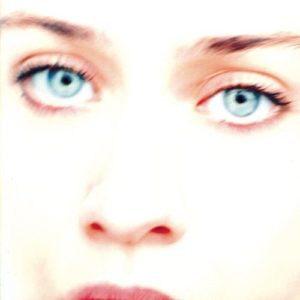 Getting into a discussion about pop music is almost akin to getting into a heated sports or political debate. It’s such a subjective genre, what’s on Top 40 radio can not only drastically change week to week, but song to song that same day. Today’s artist caught some fire with a couple “pop” tracks, but her message and background is certainly not a Hallmark classic.

Fiona McAfee-Maggart was born in September of 1977 in New York City. Mom was a singer, dad was an actor—they met while castmates in the Broadway musical Applause. Her maternal grandparents were vocalists and dancers as well, really giving her an early in to the performing business (even her sister Maude is a cabaret singer and her half-brother is an actor so a pretty in the mainstream of showbiz family).

Fiona grew up in Harlem with her mother and sister, but would spend summers with her dad in Los Angeles. She was a classically trained pianist as a child and began composing her own music by age eight. She had such talent; she’d often take piano sheet music and translate that into guitar tablature. She found Billie Holiday and Ella Fitzgerald to be her main musical influences, and wanted to have a similar career trajectory. Sadly, at age 12 she was sexually assaulted outside her apartment in New York. Subsequently Fiona developed an eating disorder and the last thing on her or any family’s mind was starting a music career at that time.

Fiona was ready for an introduction to the music business five years later, giving a demo tape to a friend who babysat for a music publicist. That woman passed the tape to Sony Music and the sound captured their attention and they signed her to a deal. Needing a stage name, she didn’t have to look far—Fiona’s middle name is Apple, so that stuck.

Her debut album Tidal was released in July of 1996 with fairly low expectations. Apple has said in later interviews the album was really to prove to herself she could do it and to show the industry she had what it takes—but the album more or less blew up. Six Billboard charting singles later, a 1998 Grammy Award for “Best Female Rock Vocal Performance,” and a single of the year per Rolling Stone magazine, she was not only on the map, but considered a breakout star. Current sales are nearly five million worldwide, certified three times platinum in the U.S.

Admittedly, this is a fairly new artist for me. I was introduced to her music maybe two or three years ago by a friend who thought I’d appreciate the overall composition. They couldn’t have been more right. This record is a solid mix of sort of alt-pop and jazz, with the unmistakable vocal over the top. The general praise for this album is well-deserved, even being in the book 1001 Albums You Must Hear Before You Die.

If you focus just on the vocal, it’s so rich and robust, shocking that she was merely a teenager when she recorded it. From a style perspective, I believe she pioneered what’s now referred to as baroque pop—a fusion between rock and elements of classical. That type of music certainly wasn’t prevalent in the mid-‘90s, and Apple gave those old school folk rock type acts a new outlet on the radio.

Despite being in the business for 20 years, Apple has only released four studio albums. She took a three year or so hiatus in the early 2000’s and seemed to focus more on quality over quantity. She’s been nominated for eight Grammy Awards over her career and has won various other awards, so even if she never performs again, I’d say she had an incredible run. If you’re looking for something totally different than what you’re probably used to today, give Tidal a go. For $5 bucks, it’s a low price for an introduction to music in art form.

10 Dip Recipes that Will Win Your Holiday Party: Seen on Pinterest
Tech gifts for everyone in the family