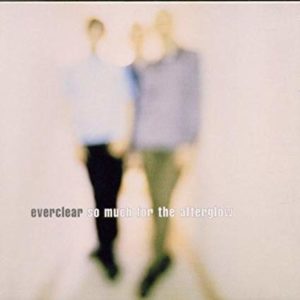 Like any product lifecycle, music has a similar career arc. You have your early start, little-known groups, bands starting to hit it big, musicians at the absolute pinnacle, and finally those whose popularity has waned. Today’s featured artist is considered a “nostalgia” act by many, but who says that needs to be negative?

Art Alexakis had a rough start to life. His dad walked out when he was a kid, Alexakis’ remaining family had no money, and so they were forced to move into some of the worst areas of Los Angeles. In those times, Alexakis became a heavy drug user, resulting in him moving all around the country to live with various family members to help get him straightened out. After having a near-fatal cocaine overdose, Art finally got himself clean in the late ‘80s and decided to get into music.

Joining a small rock band, Alexakis really began to hone his songwriting skills. Frustrated by the LA scene, he relocated to San Francisco to join the growing country punk revolution. He started a band and a record label, but within one month it all ended when the distributor fell through and they went bankrupt. Literally days later, he found out his girlfriend was pregnant so he decided to move to Portland, Oregon, and placed an ad in a local music paper looking to form a band. A bass player and a drummer responded, and they went with the name Everclear after the infamous grain alcohol.

They found immediate success with their debut release in 1995, topping the charts with mega single “Santa Monica.” By the end of 1996, their highly anticipated follow up was nearly complete, but the band felt it was missing something. Back in the studio, two additional tracks were recorded, two were dropped, and the renamed effort was called So Much For The Afterglow.

Finally released in October of 1997, some were worried the lengthy delay between albums would cause lessened sales. Prognosticators were initially correct, as the sales and radio play was very slow, but the two lead singles eventually hit national radio, and the slow build began. They went on their U.S. tour which led to more build, then an Australian tour which was an unmitigated disaster. A fan threw a shoe at Alexakis, breaking a tooth and two nights later a fan tossed a lit explosive on stage, injuring a stagehand. The band nearly broke up after heated arguments, but came back to the states, released a third single, and the band catapulted to a new found level of success.

Afterglow provided Everclear with their first and only Grammy Award nomination, and it has sold nearly 5 million copies to date, making it their best-selling of all time. In spite of only climbing to #33 on the Billboard 200, the band was in constant rotation on MTV and radio all over. Their popularity seemed to have skyrocketed.

From a style perspective, I guess you’d simply label this rock music, from the mid 90’s era. It could maybe have some pop-ish elements to it, but even the mainstream track like “Father Of Mine” is dealing with the very deep subject matter of Art’s father leaving and the havoc it caused the family. Everclear tended to be that band that wrote seemingly upbeat tracks, set to the tone of contemplative matters and many songs based on the life experiences of their lead singer.

After their sophomore effort, the band took a break with Alexakis looking into some solo work. When the sound wasn’t right and it didn’t work out, they ended up turning it into Everclear albums, sort of released on a whim. While still having some success, the band ultimately would peak with Afterglow, and in current day, still perform at your local county fair or festival type atmospheres. In Madison, Wis. as example, they recently played the World’s Largest Brat Fest. For a few years, Alexakis hosted a show on Sirius channel 34, their alt rock station. In lieu of waiting for this group to come to your town, give this one a shot today. At a staggering $3 dollars for a hard copy, you’ll be treated like a California king when you buy it. Happy Tuesday!