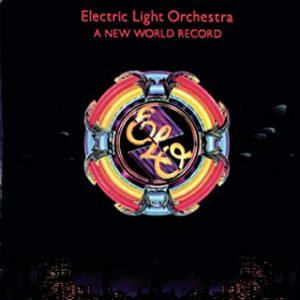 If you’re reading this it’s likely you’re aware of how long Cheap Tunes Tuesday has been around—which is a pretty long time. What you may not be aware of is that I’m also approaching my eighteenth work anniversary at TDS. As you might expect, the amount of overlap between music and telephony tends to be pretty minimal, however, today’s featured act sang perhaps the most apropos telephone-related tune in industry history (more on that later). They’re also just one of those bands that you probably know, but you don’t really know. Let’s dig in.

In 1968, Roy Wood was in a band called the Move. He had an idea to form a new band that would feature violins, cellos, string basses, and horns to give their modern music a classical feel. Jeff Lynne was excited by this prospect joined the new venture in 1970. Their first official song was the “10538 Overture” and it was an eclectic mix of woodwinds with guitar riffs. They messed around with the recording several times, simply enamored with this new sound they felt they’d created. While there was still some closing recording work Wood completed with the Move, Electric Light Orchestra (ELO) was born and they began gathering material for their debut album.

Finally hitting shelves in March of 1972, ELO’s first effort didn’t really see much success in the U.S. The ‘Overture’ was a modest success in the U.K., but for one reason or another, it didn’t translate to American top radio. It would take three additional studio album releases before ELO would see any real success in the states, getting certified Gold with that particular release. Their fifth album was solid too, spawning their most successful single to date “Evil Woman”, still heard on classic rock radio today. But my fixation is on their sixth studio album titled A New World Record, which came out in October of 1976.

There was a marked shift for ELO A New World Record—a focus more on shorter, poppier songs that could see greater radio play. Lynne was truly finding his groove as a songwriter, and it showed up in the success of the record. The album spawned four commercial singles, and it’s one of their most successful recordings sales wise, at over 10 million sold worldwide. Perhaps the biggest hit, “Telephone Line” was their first top hit globally, and their first U.S. single to hit gold status. ELO used actual phone calls—Lynne called America from England to a number they knew no one would answer. They wanted the “classic American telephone” sound for the track, as they felt it would resonate better with listeners. Many compared the track to Lennon-McCarthy Beatles sound, but with the “doo-wah chorus” giving it a ‘50s feel on top of it. It remains one of their most-played tracks all over the music world here in 2022.

Critically, this album was very well received—and it wasn’t only that people enjoyed the album itself. Many felt ELO was finally fulfilling their destiny of creating this showy genre of rock and roll. This was really on the front end of the progressive rock trend that was cranked up to 11 in the eighties. While the top singles subscribe to a bit more of a poppy feel than prog rock, you still hear all the synth and added instrumentals that paved the way for future bands to toy around even more with the experimental sounds. In more modern reviews, everyone seems to agree this was the best ELO album of all time and deserves more credit for changing the landscape of music history. It’s still compared to The Beatles, but guys like Jeff Lynne don’t take offense to that. The influence was there, and they capitalized on it in creating one of the best rock/pop combo albums of the decade.

ELO got a little more into concept albums later on and has split up/reunited several times. Lynne is still touring with the group and even put out a couple albums in 2015 and 2019. They even got the call to the Rock and Roll Hall of Fame in 2017. If you give this album a shot, you’ll notice many of their tracks have been sampled by more modern artists, including the likes of even the Pussycat Dolls. I’d tell you everything if you’d pick up the telephone. I’m living in twilight.