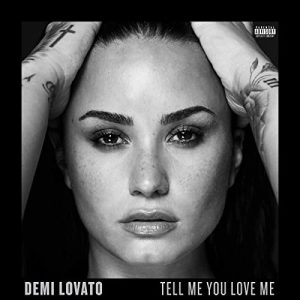 Anytime you put yourself out in the mainstream media, generally the more ways you can reach the masses, the better. Today’s featured act is most likely well known for her music—but some may know her from acting on television or the two books she wrote. No matter the medium, it’s safe to say she’s staking her claim in the zeitgeist.

Demetria Devonne Lovato was born on August 20, 1992 in Albuquerque, New Mexico. Her mom was a former Dallas Cowboys cheerleader and her dad was an engineer/musician. Her parents divorced in 1994, shortly after her second birthday which caused her to have a strained relationship with her father until his death in 2013. Lovato had one older sister and gained a younger half-sister after her mother remarried (when she was twenty, Lovato also connected with an older paternal half-sister). Mom and stepdad moved the family to Dallas, Texas where Demetria was brought up.

Lovato started playing piano at age seven and guitar at ten. At that point, she also started taking dancing and acting classes. In 2002, she started her acting career on the television series Barney & Friends. She also appeared in the show Prison Break and Just Jordan. Her big acting break came with Disney’s television film Camp Rock, where she got the lead. While her acting was criticized by some, the soundtrack in which she was prominently featured, debuted at number three on the Billboard 200.

Lovato, officially going by Demi at this point, got signed to Hollywood Records and her debut solo album was released in September of 2008. A mostly teen pop album, critics enjoyed it but looked forward to her growth as an artist as she grew into adulthood. Today, I’m going to fast forward to one of her more recently releases, Tell Me You Love Me which hit shelves in September of 2017.

Her sixth studio album, Demi wanted to convey a more R&B vibe instead of pure pop. The lead single “Sorry Not Sorry” crushed the charts, peaking at number six on the Hot 100 charts. This is one of those rare instances where the individual pieces were greater than the sum of its parts. Multiple singles charted and were certified platinum five to ten times over—but the album itself has only sold around a million copies. How does this happen? Streaming services. She has nearly a billion plays for “Sorry Not Sorry” on Spotify alone, likely posting similar numbers on iTunes, Amazon Music etc.

Critically, the album received solid praise. Her vocals are undoubtedly on point, showing more emotion on this album than ever before. The production value was also shown particular attention, something that may have been an afterthought on prior efforts. All that growth—and Lovato had been through a lot, both good and bad since—critics wanted to see it. While Demi has won over sixty awards from over two hundred nominations, this album added to that list. She won various pop awards both for the same aforementioned single and the album as a whole (but her Grammy nominations [two] would come with her next studio effort).

The best part about this album for me, is that it feels very real. Not knowing much by Lovato prior to today, this doesn’t come across as pop as much as it does a woman writing about her personal relationships and lamenting some past trauma. Generally, albums like that are those you point to in an artist’s catalog as the ones you tend to go back to most frequently.

Between some battles with mental illness, eating disorders and a sexual assault trauma, Demi has been through a lot. She’s tried her hardest to channel that negativity into awareness and helping those that need it most. Even with her poor relationship with her father, she turned that into a treatment scholarship program after she learned he had been mentally ill. It was great to read that about her and her story makes me want to check out more of her work—both in music and her acting career. Happy Tuesday!

Winterhaven, California restoration updates
When will you bury the TDS Fiber cable in my yard?