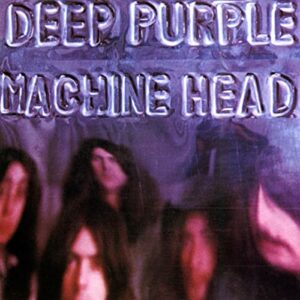 With the pop explosion that’s hit CTT recently, I felt like it was a good time to get back to some rock n’ roll roots. Rock from the ‘70s is one of the most defined eras in history, and today’s featured band was a big part of it. They may not be one of the biggest names off the top of your head, but they do have likely the most-recognized guitar riff of all time.

In 1967, there was an idea to form a supergroup called Roundabout where band members would get on and off like a musical traffic roundabout. Two business partners were impressed with the idea, so it got financial backing. After about a year of trying to make the logistics of that work by interviewing dozens of potential candidates, the idea was essentially scrapped—but some of the guys they heard were good enough, and meshed well enough, to form a separate band. By mid-1968 the partners had a band and still were thinking of using the name Roundabout, however guitarist Ritchie Blackmore suggested “Deep Purple” after his grandmother’s favorite song by Nino Tempo and April Stevens. The new name won the vote and the group hit the studio almost immediately—dropping their first commercial album in July of the same year. It was notable because the lead single “Hush” (commonly used in more moderate times in many horror films) hit No. 4 on the U.S. charts. The band had some credibility, now they just had to capitalize on it.

Four albums and three years later, objectively they had failed to do so. Their label had grown frustrated by their lack of sales—not one album had hit platinum status in the states. Feeling like they still had something, Deep Purple’s management foot the bill for the next record, banking on it being so good they’d find major labels to distribute it. That major risk resulted in Machine Head being recorded in December of ’71. The suits were so confident in it, it was shipped across the world in March of ’72.

The goal with Machine Head was to have a sound that resembled their live performances. To do that, they created the whole album using mobile studio equipment once owned by the Rolling Stones that could be set up anywhere. Infamously, they had originally booked the Montreux Casino in Switzerland as a recording venue, but someone deployed a flare gun indoors during a Frank Zappa concert and burned it to the ground. Instead, the band found the Grand Hotel which was closed for winter—which also became the inspiration behind their most renowned single “Smoke On The Water” (and I know you’re humming the riff now in your head—it’s okay, I am too).

Machine Head hit No. 1 on the U.K. charts within a week and peaked at No. 7 in the U.S. Because of the infamous single’s staying power, however, the album remained on the latter’s charts for over two years. Critics loved the album, especially the lyrical content. Others simply admired the pure rock-and-roll sound and vision from the band and praised them for figuring out a winning formula. Stylistically, the album was put into the hard-rock genre by most which was reasonable for the time, but it’s a far cry from what that or metal has become. Sure, the aforementioned riff socks you in the chops, but much of the record is fairly synthed out and a little softer. Four of the seven tracks charted, and the album has sold nearly ten million copies worldwide to date. Not a band gamble for the group and their leadership. Hopefully it paid off in a major way.

Since the early ‘70s, Deep Purple has split up and reunited twice but are still around touring today. After some serious snubbing, they were even elected into the Rock and Roll Hall of Fame in 2016. There is a lot more to their story—and maybe I’ll dive into that one day soon—but until then, pick this one up today. No matter what we get out of this, I know, I know we’ll never forget. Happy Tuesday!

Check out the new, revamped My Account
BBB says: Watch out for fraudulent QR codes