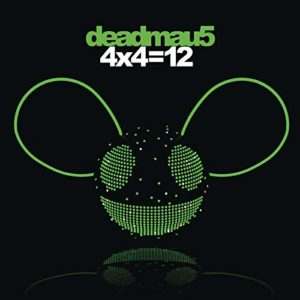 Good music can come in all forms. Sometimes it challenges the way we think about what we like and what we actively listen to. Today’s featured artist isn’t exactly at the top of the charts, but has the respect of virtually anyone in the industry.

Joel Zimmerman was born in Niagara Falls, Canada in January of 1981. His mom is a visual artist and his dad works at a General Motors plant. As the middle child, Joel was often left on his own to putter around and pursue his own interests. Around age 13, Joel received his first keyboard for Christmas and that’s when he started playing around with different sounds and began layering music, fascinated by the combinations.

In the late ‘90s Joel grabbed a bunch of equipment commonly used to make dance music. Most of it wasn’t heard by the public, but he seemed to really enjoy tinkering with it. After graduating high school, he worked with on online music licensing company.

The story is, in the early teens, Joel was chatting with a friend when the computer stopped working. Joel and his dad opened the computer up only to find a dead mouse inside—and thus the inspiration for the stage name Deadmau5 (pronounced exactly like the aforementioned critter). In 2005 Joel would release his debut album. Since no one outside of the underground internet of music knew who he was, no commercial critics knew and reviewed the record. But he was out there, and his big break was coming.

2008 saw Deadmau5’s first sniff of success. His third album would reach #13 on the Billboard Dance charts. Today I’m listening to his fifth studio album, titled 4×4=12 and was released in December of 2010. The title refers to a math error Joel made on his Ustream channel, when he incorrectly calculated. The release coincided with Deadmau5 acting as the house DJ for the 2010 MTV Video Music Award show. He would end up playing four singles off the record which generated so much buzz, he was asked to perform at the 54th Annual Grammy Awards as well. A couple singles had been released on dance radio stations months prior, and were already getting solid play. It would become his first album to break through the Billboard Top 200 and eventually spend over 100 weeks total on the chart. The album to date has sold a little over a million copies worldwide, and earned Deadmau5 his second of six Grammy Award nominations.

Critically, almost everyone thought highly of the record. Many praised the more wide-ranging appeal to the album, which is no small feat for a dance record. Oftentimes artists focus so much on making albums for the beat-nuts out there, the average listener isn’t intrigued. This album has a nice mix of bass-heavy dance standards, but also mixes in some lyrical smashes that get the toes tapping and the listener to sing along.

For me personally, it was sort of my introduction to his music. I’d maybe heard a track or two previously—but this album skyrocketed up my list. His previous two efforts were enjoyable, but this one start to finish was on a different level. It’s great to drive across country to or sit in your office and jam with your headphones on. Now, a beaty, loud dance mix may not be for everybody, but if you’re going to start with an electro house, techno record, I would highly recommend this be the one.

Deadmau5 has released three more records since and collaborated on thousands of singles. In 2018 he took a leave of absence from the business to focus on himself and his mental health. For today, get your groove on with 4×4=12, you won’t be disappointed. At 11 tracks deep, it’s certainly no one-trick pony and you might just be singing along some chords later in the day. Happy Tuesday!