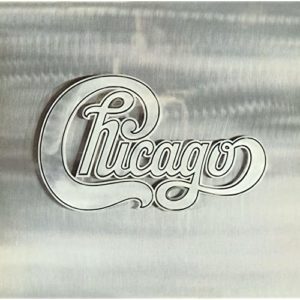 We’ve talked before about bands that sneak up on you—those that you’ve probably heard but aren’t at the front and center of your memories. Then you read into them a bit, and you find they’re one of the more successful acts in history. Today’s featured act might appear on that musical Mount Rushmore.

In February of 1967 a group of men got together to discuss music. Three of the six had played together in prior bands, but all of them were distantly connected through things like school or mutual pals. They called themselves the Big Thing and played various clubs near their home base of Chicago, Illinois. After playing a bunch of gigs, they decided they needed to add a bass player on top of sax, guitar, drums, trombone, trumpet and keyboards. Peter Cetera came on board in late ’67 to come in and shake up the team.

They began seeing some success performing covers, and they signed with Columbia Records and moved to Los Angeles. With the move, they changed their name to Chicago Transit Authority and started working the new scene. Because of music in L.A. during those times, they would end up opening for acts like Janis Joplin and Jimi Hendrix.

A debut album came out in ’69 to solid success. They would book Woodstock from the record, but they got rescheduled last minute to play the Fillmore West instead. Over that year, Chicago would end up getting gigs at some of the biggest venues in the U.S. They’d shorten their name to simply Chicago to avoid legal action from the actual mass-transit company of the same name.

Today I’m listening to Chicago II, the sophomore follow-up released in January of 1970. It would take mere months for a gold certification and the album to date has sold nearly five million copies worldwide. Hitting no. 4 on the Billboard 200 and spawning three top-ten singles, it would go on to receive three Grammy nominations as well. Because of all the accolades, this is widely considered to be Chicago’s breakthrough record, despite the positive feedback they received for their debut. The cover art would also be the first to display what became the signature ‘Chicago cursive’ that would end up becoming a staple for the group over the next fifty years.

Overall, Chicago has been incredibly successful since the late ‘60s. They have sold over 100 million albums worldwide and had the second-most charting singles in the two-decade period of the ‘70s and ‘80s—only trailing the Beach Boys. Each of their first eight records charted, they’ve been nominated for a total of nineteen Grammy’s, and they’ve won five. They’ve been inducted into the Songwriters Hall of Fame and Chicago will receive a Grammy Lifetime Achievement Award this year.

In terms of describing their musical vibe, they’re sort of that classic rock band with horns—at least in the earlier years. They’d lighten up drastically and perform more ballads as time went on. They even experienced a bit of a renaissance in the 2000’s with their catalog being widely used in modern cinema and television. A track like “You’re The Inspiration” was featured in the widely popular film “Deadpool” in 2016.

While Chicago is still active and touring, the original lineup has moved on for the most part. Cetera has done a variety of solo work but retired last year due to a lost voice. The band has gone through something like thirty different iterations but continues to plug along. I’m only familiar with the classic lineup, and if you’re not, you should give them a listen today. Wake up sunshine, cheap tunes Tuesday is ready for you!

FTC: What you need to know about Cornavirus payment scams
Employees give back during pandemic