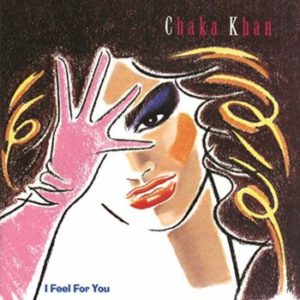 Inspiration on which artist to discuss comes from all different places. Last week was an outstanding recommendation, and today’s featured artist caught my eye randomly from a television show. A program called The Masked Singer features costumed celebrities and you’re supposed to guess who it is over the course of the show. While I don’t consistently watch it, I stumbled upon a vocal legend making an appearance and felt it would make great blog fodder. Let’s listen!

Yvette Marie Stevens was born in March of 1953 near Chicago, Illinois. The eldest of five siblings, her dad was a beatnik and mom was a proverbial rock star. She was raised in Hyde Park, near one of the roughest south side housing projects in the area. Yvette’s grandma introduced her to jazz when she a child. She would then start listening to R&B music and decided to form her own girl group at age 11.

Yvette’s dad remarried and his new wife was a big civil rights activist and member of the Black Panther Party. Yvette started to spend more time with the organization around age 13 and was given the name Chaka Adunne Aduffe Hodarhi Karifi by a Yoruba Baba. At age 16 she left the Panthers and dropped out of high school. That’s when Chaka returned to music, performing in small clubs around Chicago. She performed with a group called Lyfe, which included her then-boyfriend Hassan Khan. Her and Hassan married in 1970. Now going by Chaka Khan, she was spotted by members of a group called Rufus, who she’d perform with exclusively from 1973-1978 and part time until 1983.

Chaka began to focus on a solo career, dropping her debut record in 1978 with Warner Bros. Records. Backed by the crossover disco hit, “I’m Every Woman”, her album would go platinum, and everyone thought she would be the next big thing. After four less-successful studio efforts and a cameo appearance in the amazing 1980 film Blues Brothers, Chaka released I Feel For You in October of 1984. It was her first release after parting from Rufus, and it reflected Chaka’s desire to make some changes to her style.

On this album Khan embraced a high-tech funk, disco/electro feel, with some pop contemporary elements to it. The experiment worked, as it catapulted to number 16 on the Billboard 200. Her cover of Prince’s “I Feel For You” earned her a Grammy Award for best vocal performance in 1985. It would also go on to sell nearly five million worldwide, her best-selling effort to date.

Critically, the album was a smashing success. Many gave her extensive praise for her trying something new and entrancing them with in an “electro-boogie wonderland”. Some preferred her to solely focus on her amazing vocal talents and skip some of the enhancements shown on this record—but overall people loved the marriage of the two.

This is the first Chaka Khan album I’ve ever listened to, and it’s definitely not what I was expecting. If you know the hits, you sort of expect this high-powered vocal in a soul or pop setting. This album could be a ‘90s electronic record with all the funky beats and extensions going on. The title track is an easy view into this new work—the opening hook of the track is a heavy beat with a rap over the top, then breaks into some signature ‘80s pop horn with Chaka coming in and nailing the vocal. This might be the earliest example of that type of changes to pop, and Chaka was on the forefront of it all.

While her time as a masked monster was relatively short lived, she performed brilliantly covering songs like “Something To Talking About” and “You Don’t Own Me”—and introduced Chaka to a new generation of music lovers. I know it caught my ear, and hopefully it does for you as well. My love is alive for great tunes, happy Tuesday!