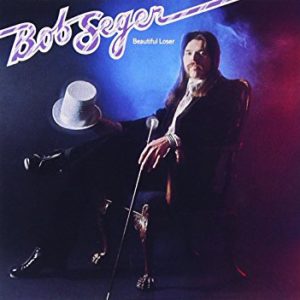 Some of my favorite bands or artists of all time are also some of the most iconic vocalists of their generations. Whether it’s Cornell, Dylan, Cash, or Houston, when one of their songs comes on—wherever you are—you know it’s them and want to sing along. Today’s artist may not be the absolute household name like those above, but over 50 million albums sold worldwide, he’s definitely no slouch.

Robert Seger was born in Detroit, Michigan in May of 1945. His father was a medical technician for Ford Motor Company and played several instruments, exposing Bob to music at an early age. At age 10, his father abandoned the family and abruptly moved to California. Not only was his dad gone, but so was the good-paying job and comfortable middle-class family status. Moving around a bit and attending different schools, Seger found comfort in music—specifically citing Little Richard and Elvis Presley as his main influences.

He knew he wanted to get into some sort of music career but wasn’t exactly sure how to open the doors. In 1961 Seger fronted a three-piece band called the Decibels with guys from his high school. After no real success, he joined the Town Criers, which was basically a cover band. They generated a decent local following, and Seger started making a name for himself.

Seger would go through another couple bands before founding The Bob Seger System in 1968. They’d sign with Capitol Records and have some light success nationally. It wasn’t until 1970 when he’d run solo and begin finding his real groove. After a few albums and realizing he needed a consistent backup band, he hired what would become The Silver Bullet Band and the rest is history.

Today I’m listening to “Beautiful Loser” which was released in April of 1975. This marked a return to Capitol Records after a four-year split and some relative expectations. The album spawned a trio of singles—some even being used in some fairly popular movies of the time. Seger had gone back to more of a ballad-based album here, getting away from the recent harder rock records. Critically it was considered one of his best efforts to that point in time, but some lamented he’d never turn into a major star. The album would sell two million copies on the U.S.—but that would just become the tip of the iceberg.

A couple years after “Beautiful Loser,” Seger would drop “Night Moves” and the whole music industry took notice. It began a string of six straight albums which achieved a minimum of platinum status, and a maximum of 6x platinum in the U.S. alone. Bob became a smashing success, with most praising his heartland rock style, and gravely, raspy vocal. He wrote about relatable, everyday life—love, women and blue-collar themes. He was capable of giving you a lovely, contemplative ballad and then a rock standard the very next track.

In 2004 he was inducted into the Rock and Roll Hall of Fame and the Songwriters Hall of Fame in 2012. He was Billboard’s Legend of Live honoree in 2015, and all the accolades have flown his way since the late ‘70s. With a career spanning six decades, Seger continues to perform and record to this day.

Beautiful Loser is a perfect introduction to a legend. Perhaps not his best, or most polished work of all time, but you can hear the start of something special. His music is simply timeless. You can throw this on, or another of his albums from the ‘70s, and it still relates lyrically today and has a sound that still simply has never been matched. It’s an easy decision for $5 bucks, so take yourself back to mid-‘70s Detroit and whisk away the hours.