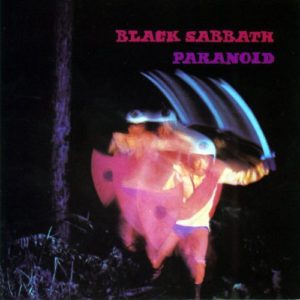 Being the pioneer in your genre is a very tall order, no matter what band you’re referring to. Today’s band rose to prominence in the early ‘70s putting out music that was completely unheard of at the time. The strategy worked, as they’ve sold over 75 million albums to date.

Following the break-up of a band titled Mythology in 1968, guitarist Tony Iommi and drummer Bill Ward looked to form a heavy blues band in Birmingham, England. After adding bassist Geezer Butler and vocalist Ozzy Osbourne, they called themselves Polka Tulk Blues Band. After turning into a six-piece band, the direction simply wasn’t there. Condensing back to four, they needed a new direction.

Across the street from rehearsal, a cinema was showing 1963 horror classic Black Sabbath starring Boris Karloff. Following a band viewing, Osbourne began writing lyrics to the eponymous song. The new-found theme took the band down a darker path and they decided to focus on writing the musical equivalent to horror films. Their first big break came appearing on the program Top Gear in 1969 and performing “N.I.B” off their first record.  To keep up with the overall theme, their first album dropped on Friday the 13th in 1970 and remained on the Billboard 200 for over a year.

Today I’m listening to their sophomore release Paranoid, released in January of 1971 on a four-month delay due to their first album still being on the charts. The original title was slated to be “War Pigs,” an attempt to capitalize on their criticism of the Vietnam War in the moment, but the label required them to change it. The title track was a late throw-in because they didn’t have enough songs to complete a double sided vinyl LP (it only took 20 minutes to write and record)—a nice add since it’s now one of the most recognized tracks from the record.

Sabbath would go on a large tour to support the album which reached as high as No. 12 on the U.S. charts by March of ’71. Despite that none of the singles were deemed ‘radio friendly’ upon release, the album sold incredibly well. Having sold nearly 10 million copies to date, the legacy of the record hasn’t diminished in recent years. It’s #131 in Rolling Stone’s 500 Greatest Albums of All Time and it has sold an additional 1.6 million copies since the origin of the digital music era.

I can’t recall the exact first moment I heard this album or a song off of it, but I know I haven’t put it down since. Paranoid is so different than anything else that came before it. Even if you don’t subscribe to the darker themes or lyrical content, there is something that sucks you in and makes you want to listen again. The guitar work and basslines are incredible—and no one would have imagined a metal type band coming together with such phenomenal arrangements. Had Sabbath not focused so much on composition, the shtick of ‘dark rock’ may have never completely stuck.

Osbourne provides a near perfect vocal for the band, having a signature style and sound. Truly, it’s hard to find anything to be critical about on this. The ‘A Side’ of the record has three absolute rock standards to this day, which is insane for an album that’s almost 50 years old. You can do a quick Google search to view all the accolades this album receives, and every single one is justified.

It’s rare that critics can universally agree on an album being five stars across the board. This is one of those uncommon instances. Hundreds of bands have covered Paranoid over the last five decades and the tributes aren’t likely to end. The band broke up, reunited and officially called it quits last year. While there may not be any new Black Sabbath on the horizon, being able to pick this up for $5 bucks is an outstanding consolation. I’d consider making a closing pun to end this piece, but I’m certain that’s not what Sabbath would want. Just go listen to it.

Lady Bird, Coco, Darkest Hour and Three Billboards coming to TDS TV on Demand
Report: Your smart TV could get hacked, if not protected