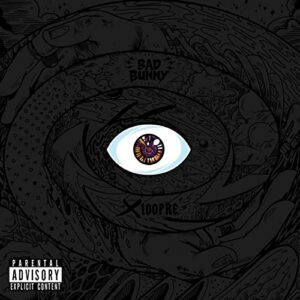 Fads come and go—what’s trendy today might be gone in the blink of an eye and it could come back in style in 2040. Who is to say what’s big and not and what can and can’t be? Today’s featured artist is all over pop culture today, so I decided to dig in and see what all the fuss is about.

Benito Antonio Martinez was born on March 10, 1994 in Vega Baja, Puerto Rico. His dad was a truck driver and his mom a school teacher. If you’ve ever read any of my blogs before, you know the artist almost always has some sort of musical influence. In Benito’s case, it was his mom who listened to salsa, merengue, and ballads around the house. Benito would help with chores while singing and dancing to his mom’s favorite standards.

With two younger brothers, Benito loved his family and didn’t get involved in the streets because he simply liked to be at home. He sang in the church choir until age 13 and then moved to non-religious music after developing an interest in an artist he heard on popular Puerto Rican radio. Daddy Yankee was perhaps the first artist Benito started to mimic within his own style, something he did when he began performing at talent shows in middle school. While in school, he was also forced to come to class in a bunny outfit at one point. He was photographed wearing it with a very angry expression which led to his stage name, Bad Bunny.

Everyone wanted Bad Bunny to be something else—an engineer, a baseball player or a firefighter—but instead he chased audiovisual communication as a major in college. While working as a bagger at a supermarket in his hometown, he released some music as an independent on SoundCloud. As it happens, a prominent DJ heard his stuff and got him connected with the right production team. They loved his experimentation, both on the mic and with his personal style.

Bad Bunny was crushing the Latin charts and had billions of views on YouTube. It was May of 2018 when rapper Cardi B collaborated with him on monster single “I Like It” and they received a Grammy Award nomination. This led to another collab with J.Lo and his own debut album, X 100pre which was released on Christmas Eve of 2018. The title is an abbreviation of “por siempre” in Spanish meaning, “forever”. The album featured appearances from Diplo and Drake, giving it major credibility even outside of the Latin scene.

Critically, the album was beloved and saw universal acclaim. Everyone loved his “off-kilter creativity” and experimentation within various genres. You’ll hear elements of music you’re familiar with even if you’re never heard Latin pop before. There’s a dash of American music from start to finish, a distinct pop/punk vibe on a few tracks, and almost a bit of that ‘80s stadium rock in spots. The entire album is in Spanish, which may detract from some listeners, but you can sit back, enjoy the beat, and feel the music even if you don’t speak the language.

Eight tracks became commercially released singles, and the album is certified diamond in the Latin RIAA world. Based on conservative estimates because of his incalculable streaming numbers worldwide, many believe he’s sold the equivalent to 20 million copies to date. It’s easy to understand why—you can like dance/electronic, hip hop, chill hop, punk, rock, or pop—and this album has something for you. The vibe on this is contagious and something people from all walks of life can groove to.

The Bunny hasn’t showed any signs of slowing. Three more albums released (two just last year) and appearances across sports, television have made him a household name. He somehow is even a current champion in WWE—the guy does it all. With all that said, I’m not sure this trend is going to fade in the near term, so give this album a shot today. El conejito malo esta aqui and is ready for your headphones. Feliz martes!