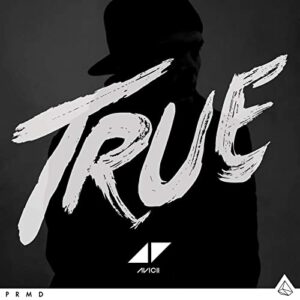 By Austin Krueger on January 5, 2021 in Online Life

With 2020 officially in the books, we all look forward to another year full of fun and excitement. The new year brings more opportunity to listen to new music, revisit some old stuff, and jam out to your favorites. Today’s featured act probably fits all three categories for our musically diverse readers.

Tim Bergling was born in Stockholm, Sweden in September of 1989. His mom and dad were somewhat famous because they were actors, with his mom starring in over fifty films. Tim didn’t get bit by the acting bug, but rather started mixing tunes in his bedroom at age eight. His brother was also a DJ, which provided some of the inspiration for Tim to start making his own music as a teenager. He started to spread his music all over the internet in the late 2000s, which led to a record deal in 2007.

Tim got the opportunity to produce and remix many popular songs increasing his popularity. At that point, he began going by his stage name Avicii, which means “the lowest level of Buddhist hell”. In 2010 he released a hit song titled “Seek Bromance” that charted in various countries in Europe. That led Avicii to getting a deal with a worldwide label and truly beginning his musical journey.

In October of 2011, he released “Levels” which catapulted him securely into the mainstream. He started collaborating with some of the biggest artist in the world, like David Guetta, Madonna and Lenny Kravitz, even being nominated for a Grammy or two. All of that led to the release of his debut album titled True, which released September 2013.

True marked a slight change in direction for Avicii as it departed from his deep house music roots. Instead he moved into electronic dance music versions of various soul, country and folk songs. He remarked, “We know people would be provoked, it’s about me being true to my sound but also to my own influences and preferences.” The big promotion for the record came at 2013’s Ultra Music Festival in Miami. Avicii’s goal was to be the only person out there doing something “a little different” and gauge the reaction to playing country and bluegrass type music with a twist. Critics panned the performance and the experimentation, but fans and other high-profile musicians came to Avicii’s side, and praised the act saying the critics were simply behind the curve.

Fans seemed to be correct, as the album has charted platinum in several countries, including the U.S. Once it physically hit shelves, the critics did a full 180 versus his Miami performance. Suddenly they loved his new schtick and loved how “naturally” it came to him. Some of the guest appearances on this album are so different—not things you’d expect to hear on an electronic record.

For me, it’s an easy listen for the 47 minutes it plays for. It’s fun to toss on, get the toes tapping, while doing whatever else you need to get done while it’s on in the background. You get a bit startled when you hear a track like “Hey Brother” and out of the blue you’re thinking you somehow your Spotify account switched you over to a country album, but that’s super cool. And Avicii’s arrangements to those types of tracks, or soulful singing on others, just makes you further comprehend his brilliance as a producer and musical mind.

Sadly, Avicii passed away in April of 2018 at age 28 due to self-inflicted injuries. He had a history of substance abuse and mental health issues stemming from the high demand world of performing and touring. Dozens of musicians took to the internet to pay tribute after his passing—something his team was confident he’d have loved. Everyone coming together to celebrate the music, and that’s what it’s all about. I can’t tell where the journey will end, but I know where to start. Happy Tuesday!