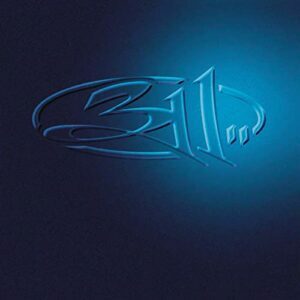 It’s always funny looking back at past albums you’ve purchased, you see one that is covered in dust and think, “what ever happened to those guys?” Today’s featured act has been quietly making music since the late ‘80s, but hasn’t had a platinum selling album since the ‘90s.

Vocalist Nick Hexum and guitarist Jim Watson were friends living in Omaha, Nebraska in the late ‘80s. Since they were into music, they decided to start a band and threw out some feelers to hire a couple more guys. Once they a bassist and a drummer, they were on their way. Needing a name, they remembered when Watson got arrested for streaking. It turns out the police code for that in Omaha is 311, so that’s the name they decided to run with.

The newly named band found sanctuary in Hexum’s basement and they began putting together independent albums—hoping to latch on to a major label. After upgrading to a studio for a second indy release, success was still nowhere to be found. They replaced Watson on guitar and added a second vocalist/DJ to their lineup. The changes brought interest from Capricorn Records and they moved to Los Angeles, California.

From ‘93-‘94, 311 released two studio-quality albums with their new label and saw some modest success. At this time, they were financing their own touring and driving around in an old RV they borrowed from a band member’s father. One night the RV caught fire and they lost just about everything they owned. They survived with no injuries and strived to use the incident as motivation.

Finally, their third studio release titled simply 311 (or the blue album) came out in July of 1995. The first single charted but didn’t stir up any serious interest in the USA until, a lengthy fourteen months later, the second single “Down” hit radio airwaves. The band absolutely blew up after that happened. It hit no. 1 on the Billboard charts and was heard across mainstream radio from shore to shore. An accompanying music video was all over MTV and the band became a household name. It would go on to sell five million copies in the states and almost double that worldwide.

Critically, the album was backed by generally positive reviews, but many people just weren’t sure what to make of the mashed-up sounds of 311. They were considered alt-rock because of the times, but they weren’t really doing alt-rock things. They had hip-hop influences to their material and tossed in a little reggae and funk feel too. Nowadays there are all sorts of rappers that fall into the ‘chill-hop’ genre, but 311 was kind of doing that 30 years ago.

This wasn’t alt-rock for the angsty teens, this was something you’d toss on and chill in your basement to. As popular as Nirvana and Green Day were at the time, you wanted to get lumped in with those bands to try to ride the coattails, but 311 was nothing like those acts. They had rock music without an edge but with a beat, and that was something truly uniquely popular in 1995.

311 has not relented on making new music for fans since their big breakout. Nothing has quite caught the eye of the mainstream like that did, but they’ve developed a truly loyal following over the years. Sitting at 13 studio albums and touring regularly, 311 is out there grinding if you ever care to spend some of your hard-earned money supporting them. If you prefer to be transported back to ’95 today, pick this one up. If it’s your mix, congratulations! Happy Tuesday!